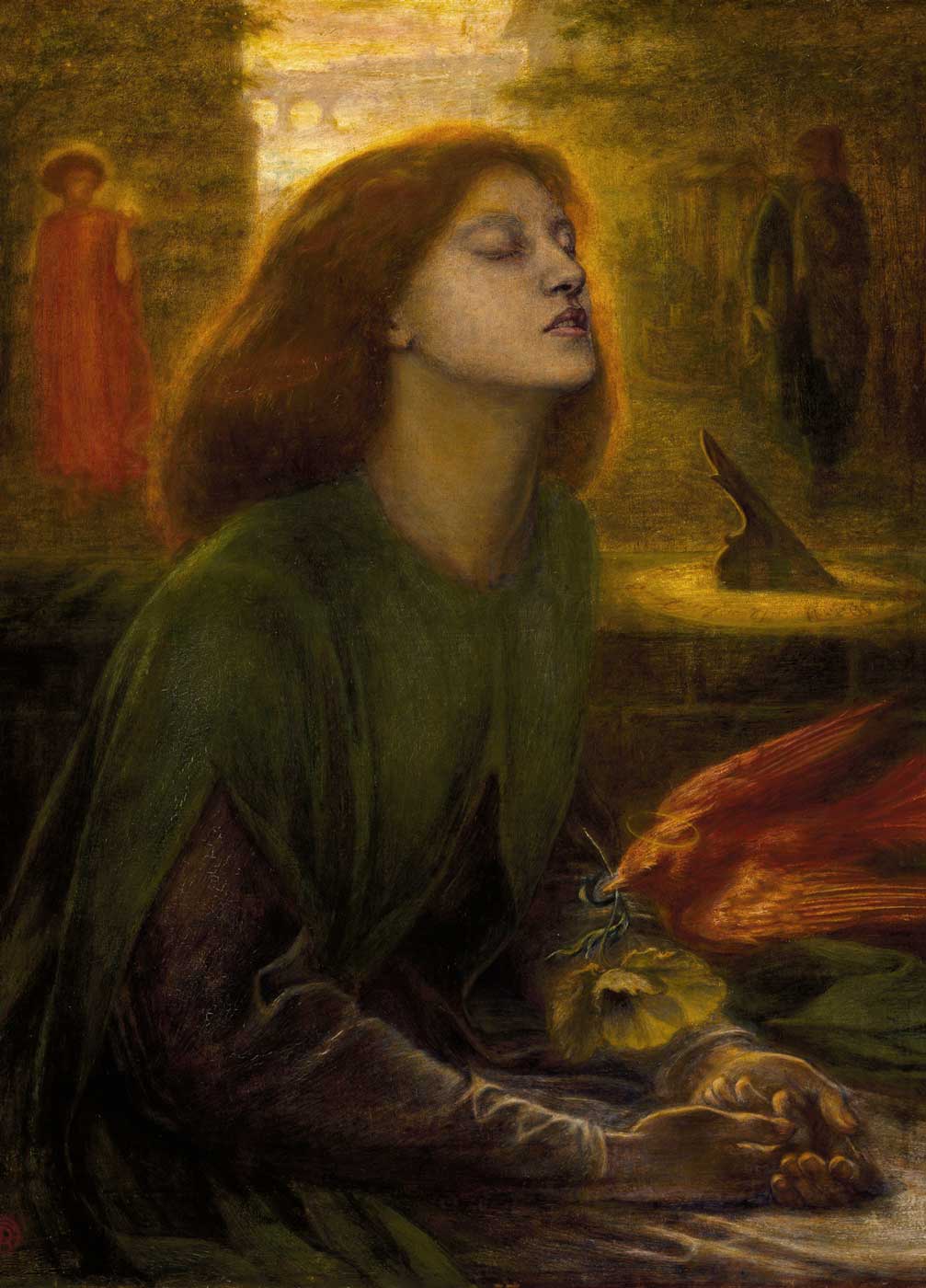 He founded the Pre-Raphaelite Brotherhood in 1848 with William Holman Hunt and John Everett Millais, and was later to be the main inspiration for a second generation of artists and writers influenced by the movement, most notably William Morris and Edward Burne-Jones. Rossetti's art was characterised by its sensuality and its medieval revivalism, and in 1850, he met Elizabeth Siddal, an important model for the Pre-Raphaelite painters. Over the next decade she became his muse, his pupil, and his passion, they married in 1860. Rossetti's personal life was closely linked to his work, especially his relationships with his models, including Fanny Cornforth and Jane Morris.

Beata Beatrix depicts Beatrice Portinari from Dante Alighieri's poem La Vita Nuova at the moment of her death. The painting's title in English translates to 'Blessed Beatrice'. La Vita Nuova had been a story that Rossetti had found of interest from childhood and he had begun work translating it into English in 1845 and published it in his work, The Early Italian Poets. Rossetti modeled Beatrice after Elizabeth Siddal. The symbolism in the painting of a red dove, a messenger of love, relates back to Rossetti's love for Siddal, with the white poppy representing laudanum and the means of her death.