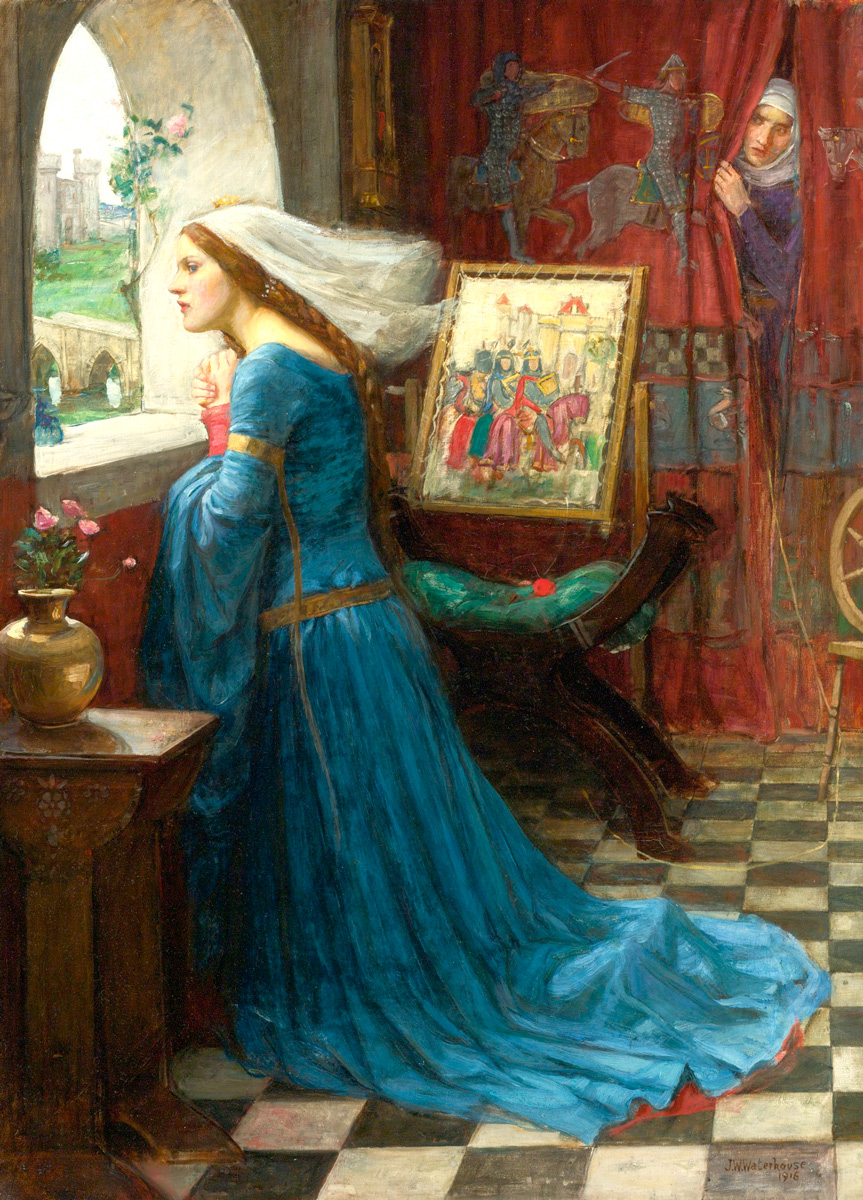 Waterhouse was active several decades after the break-up of the Pre-Raphaelite Brotherhood, which had seen its heyday in the mid-nineteenth century, leading him to be known as "the modern Pre-Raphaelite". Borrowing stylistic influences not only from the earlier Pre-Raphaelites but also from his contemporaries, the Impressionists, his artworks were known for their depictions of women from both ancient Greek mythology and Arthurian legend.

Rosamund was a mistress of King Henry 11, married to Eleanor of Aquitaine. When Eleanor discovered her husband's mistress she planned to murder her, offering the choice of drinking poison or being stabbed. In reality, Rosamund was not murdered by Eleanor, she retired to a convent where she died in 1176.

In this painting we see Rosamund kneeling, hands as if in prayer, gazing out of the window awaiting her lover's approach, having abandoned work on her tapestry. The work has the feel of sanctified, married love and not adultery. Waterhouse depicted Rosamund wearing a crown, maybe as an indication that it is not Rosamund's position in the King's affection that Eleanor found threatening but her challenge as a rival queen. If we look away from Rosamund we can see the curtain being parted by Eleanor, the wronged wife, about to enter with murderous intent. Depicting the build up to an event, usually a fatal encounter, was common practice in Victorian art. Here, Waterhouse sets the scene, allowing the audience to imagine the consequences.