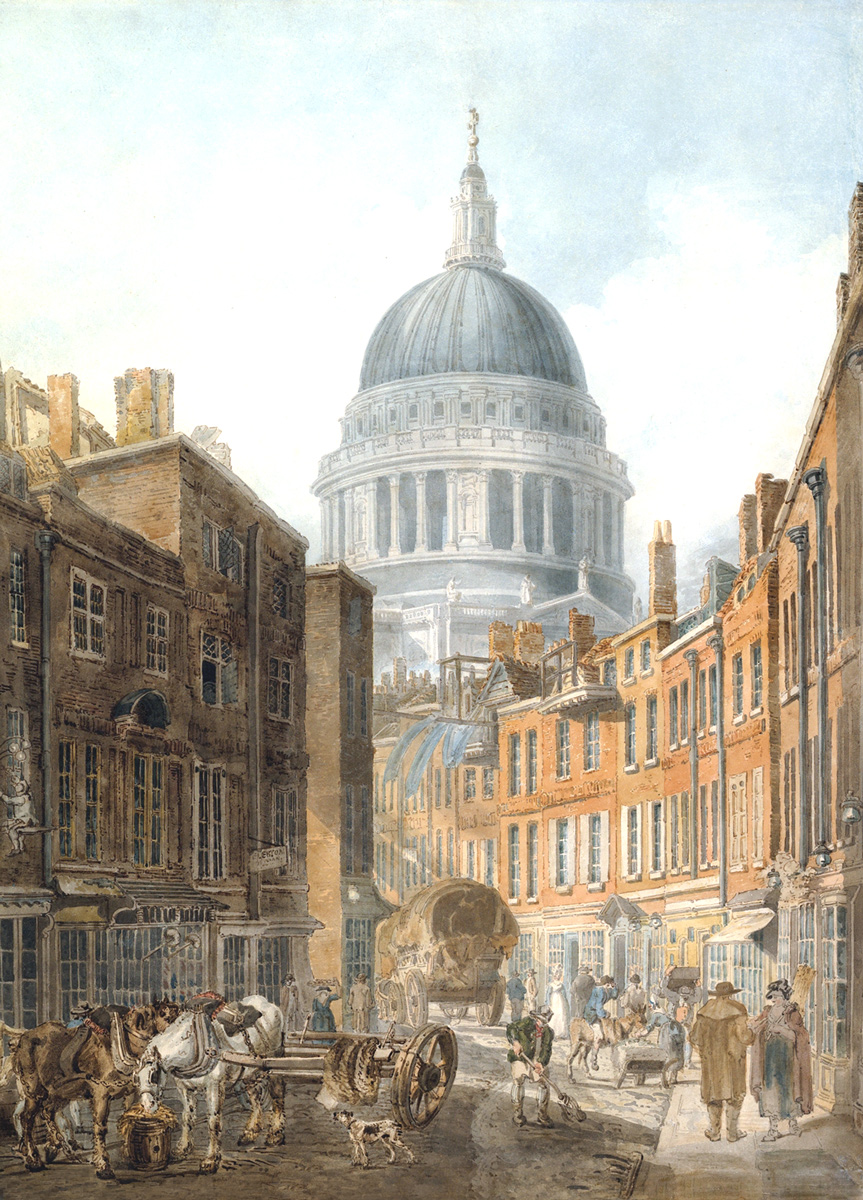 courtesy of The Metropolitan Museum of Art, New York

Thomas Girtin (1775-1802) was an English painter and etcher. A friend and rival of Turner, Girtin played a key role in establishing watercolour as a reputable art form. His architectural and topographical sketches and drawings established his reputation, his use of watercolour for landscapes being such as to give him the credit of having created Romantic watercolour painting.

In this vibrant rendering of a bustling London street, Girtin combines lively detail with loose passages of generalized brushwork. The work stands at the midpoint of the artist's tragically short career, balanced between his early achievements as a topographical watercolourist, and the masterly abstracted landscapes to come.

Working outdoors, in the street where he lived, the twenty-year old artist laid in the perspective in graphite. He then added shadows in grey wash, and finally applied layers of colour, together with the figures and details. The foreground is characterized by a dramatic shift from deep shadow, at left, to red brick facades glowing in the late afternoon sun, at right. Wren's magnificent dome soars above all, a grand classical embodiment of the sublimity toward which the artist aspired. The carts, horses, street-sweeper, inquisitive dog, little lamplighter, and strolling pedestrians represent the native picturesque out of which Girtin's genius grew.