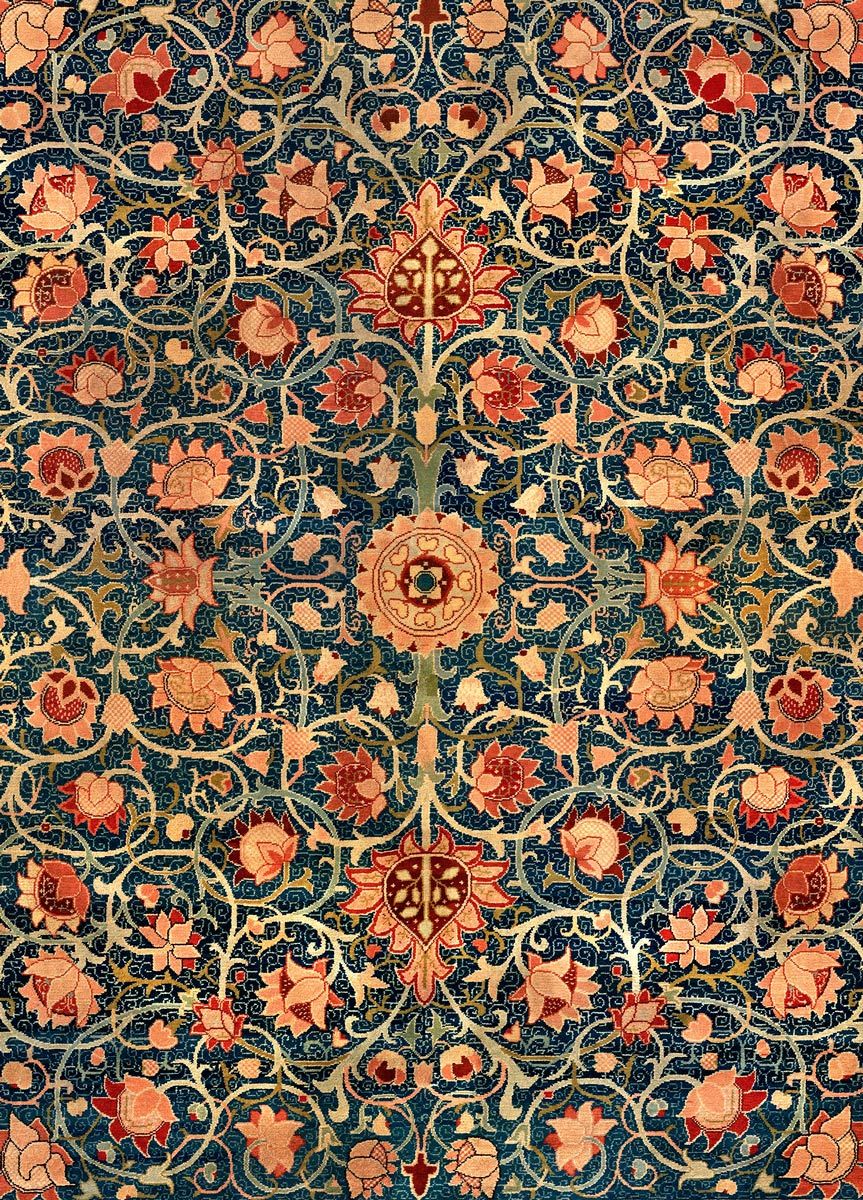 Morris was a lifelong admirer and collector of fine historical carpets from the East. His deep appreciation and extensive knowledge of Persian, Turkish and Chinese methods of carpet-making led him to experiment with hand-knotting in an attempt to revive the art in Britain. In 1879 Morris set up looms in the coach house at Kelmscott House, and eventually larger looms were established at Merton Abbey in 1881 and the work transferred there.

Morris's designs for hand-made carpets were not copies of Eastern examples but intended to capture the same spirit and meaning. Morris designed almost all Morris & Co carpets himself, making a carefully coloured drawing about one-eighth of the full size of the design, which was then enlarged by a draughtsman on to squared point paper, each point representing a single knot. Carpet-making was labour-intensive and expensive. Most of Morris's hand-knotted carpets were special commissions from his aristocratic clients.

The Holland Park carpet, woven at Merton Abbey in 1883, was made for Alexander Ionides, and is probably Morris's most original carpet design and shows traces of all his greatest influences: medievalism, floral realism and eastern precision. Many of the motifs and seperate elements used in the design can be traced to other techniques - wall-paintings, wallpapers and textiles in particular - and although the design is complex with a strong border design, field and subsidiary background patterns, Morris succeeded in controlling these to make a balanced composition. At least two other versions of this design were created for various clients.