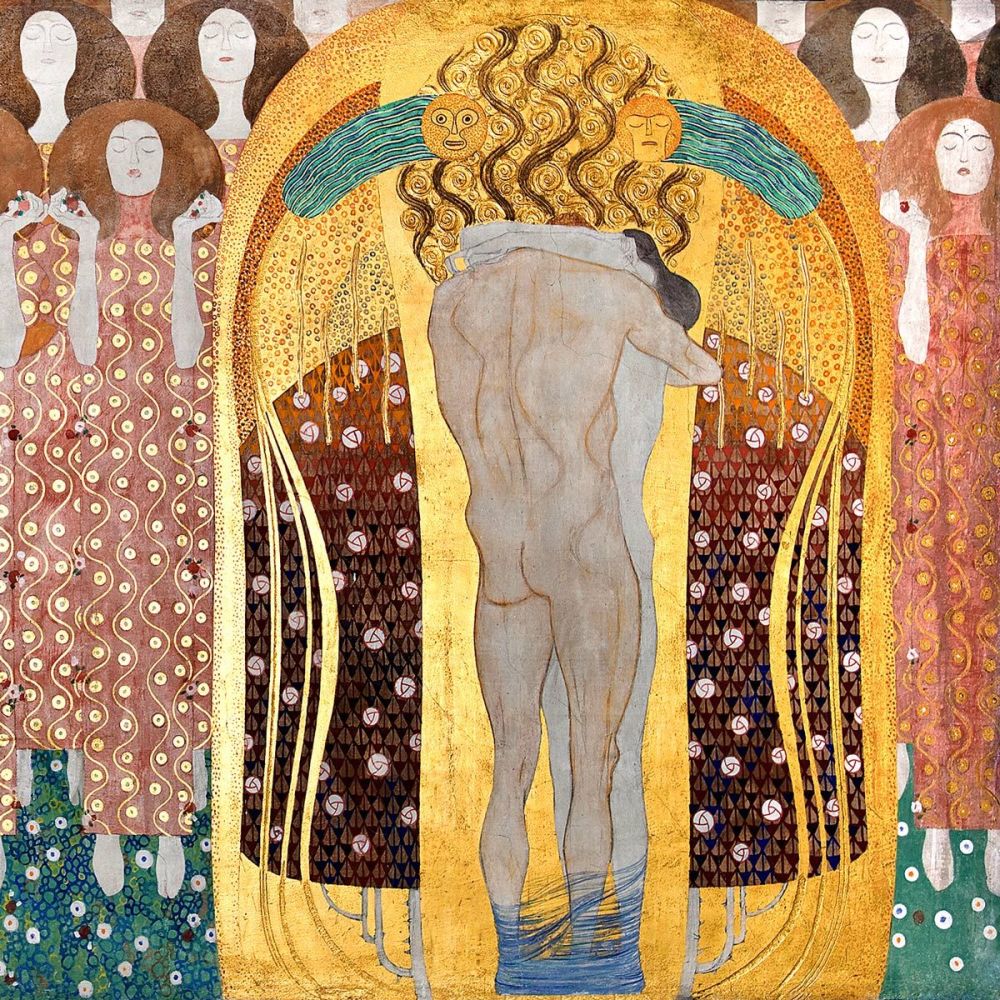 Gustav Klimt (1862-1918) was an Austrian Symbolist painter and one of the most prominent members of the Vienna Art Nouveau movement. His major works include paintings, murals, sketches, and other art objects. Klimt's primary subject was the female body, and his works are marked by a frank eroticism.
In 1876, Klimt was enrolled in the Vienna School of Arts and Crafts, where he studied until 1883, and received training as an architectural painter. He began his professional career painting interior murals and ceilings in large public buildings. Klimt's work is distinguished by the elegant gold or coloured decoration, often of a phallic shape that conceals the more erotic positions of the drawings upon which many of his paintings are based. Klimt travelled little, but trips to Venice and Ravenna, both famous for their beautiful mosaics, most likely inspired his gold technique and his Byzantine imagery.

In 1902, Klimt painted the Beethoven Frieze for the 14th Vienna Secessionist exhibition, which was intended to be a celebration of Ludwig van Beethoven, and featured a monumental polychrome sculpture by Max Klinger. Meant for the exhibition only, the frieze was painted directly on the walls with light materials. After the exhibition the painting was preserved, although it did not go on display again until 1986. The Beethoven Frieze is now on permanent display in the Vienna Secession Hall, Austria.