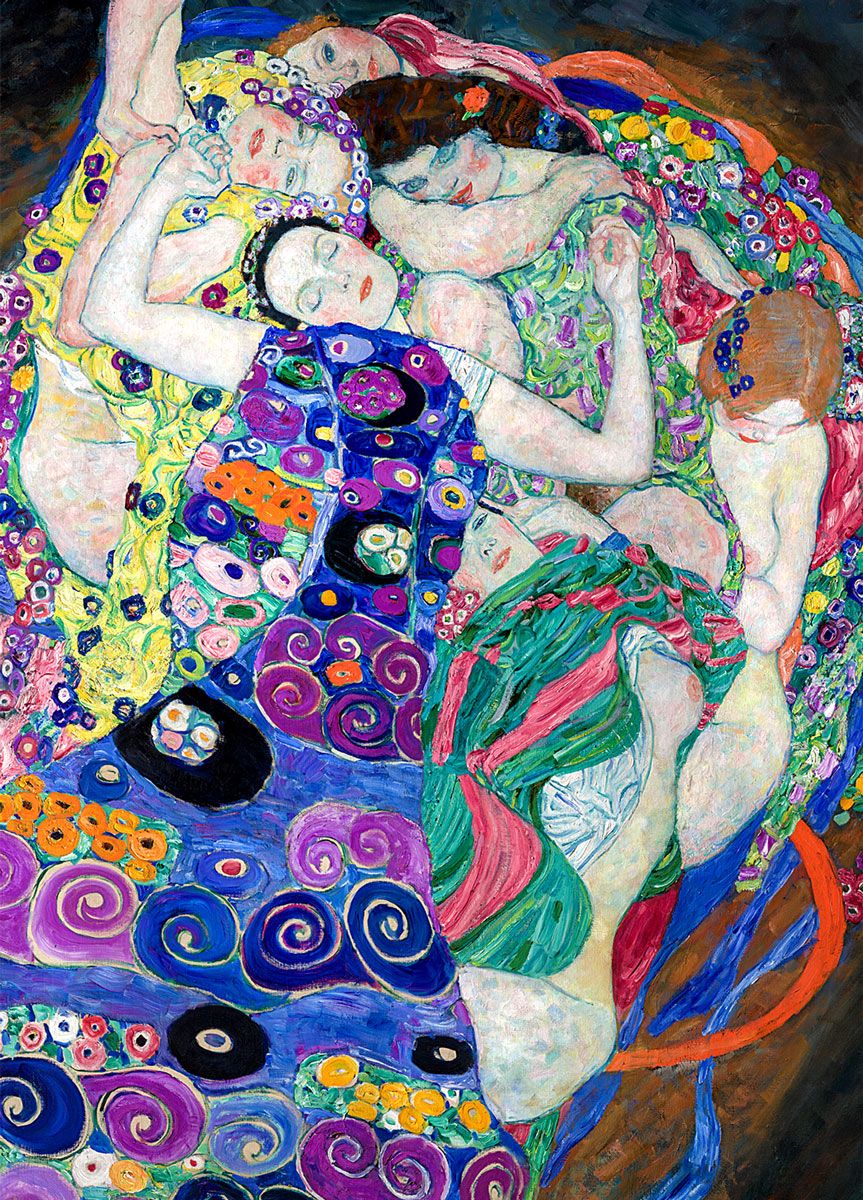 Gustav Klimt (1862-1918) was an Austrian Symbolist painter and one of the most prominent members of the Vienna Art Nouveau movement. His major works include paintings, murals, sketches, and other art objects. Klimt's primary subject was the female body, and his works are marked by a frank eroticism. In 1876, Klimt was enrolled in the Vienna School of Arts and Crafts and received training as an architectural painter. He began his professional career painting interior murals and ceilings in large public buildings.

Art Nouveau was contemporary to symbolism, shading into each other. In Klimt’s art, symbolism often shows in erotically tinged topics. It is also the case of his painting The Virgin of 1913, in the centre of which the dreaming sensuality of a young girl draws attention. This virtuous painting is combined with a stylistic shortcut. The Virgin holds an exceptional position in Klimt’s oeuvre.