William Dyce: The Virgin and Child, 1845 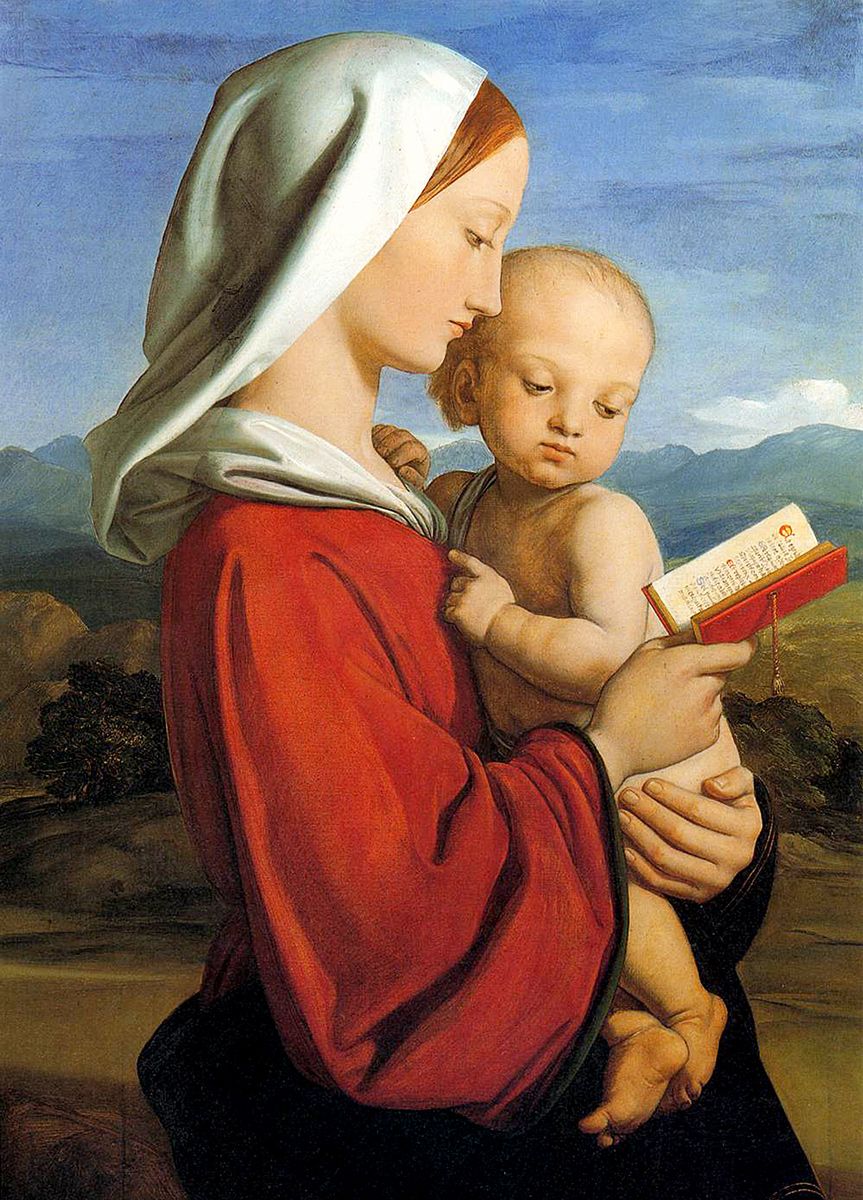 William Dyce (1806-1864) was a Scottish artist, who played a part in the formation of public art education in the United Kingdom, and the South Kensington Schools system. Dyce began his career at the Royal Academy schools, and then travelled to Rome for the first time in 1825. While he was there, he studied the works of Titian and Poussin.

After these travels, he settled for several years in Edinburgh. He supported himself by painting portraits at first, but soon took to other subjects of art, especially the religious subjects he preferred. Dyce was given charge of the School of Design in Edinburgh, and was then invited to London, where he was based thereafter, to head the newly established Government School of Design, later to become the Royal College of Art.

Dyce is the figure in Scottish art most associated with the Pre-Raphaelites. He befriended the young Pre-Raphaelites in London and introduced their work to the influential art critic John Ruskin. His later work was Pre-Raphaelite in its spirituality, as can be seen in his The Man of Sorrows and David in the Wilderness, which contain a Pre-Raphaelite attention to detail.

Later in his career, Dyce turned to fresco-painting, and was selected to execute a series of murals at the newly completed the Palace of Westminster. In preparation for work at Westminster, he returned to Italy in 1845-47, to observe the fresco techniques employed there. He was particularly impressed by Pinturicchio's frescoes in the Piccolomini Library in Siena, and by the works of Perugino. Dyce was commissioned to decorate the Queen's Robing Room in the Palace.