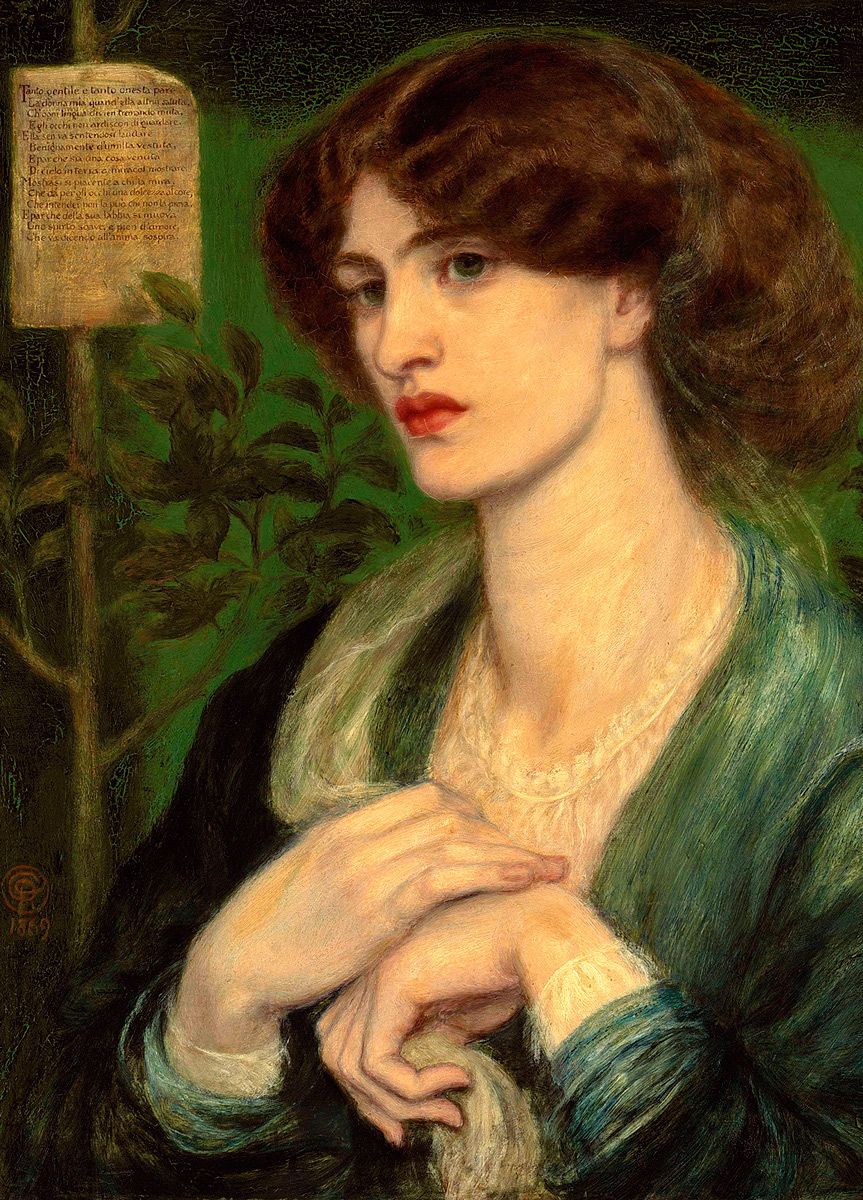 5 in stock.
0 in your basket
View Basket Checkout

Dante Gabriel Rossetti (1828-1882) was an English poet, illustrator, painter and translator, and was the brother of poet Christina Rossetti and critic William Michael Rossetti. For many years, Rossetti worked on English translations of Italian poetry, he later created a method of painting in watercolours, using thick pigments mixed with gum to give rich effects similar to medieval illuminations. He also developed a novel drawing technique in pen-and-ink.

He founded the Pre-Raphaelite Brotherhood in 1848 with William Holman Hunt and John Everett Millais, and was later to be the main inspiration for a second generation of artists and writers influenced by the movement, most notably William Morris and Edward Burne-Jones. Rossetti's art was characterised by its sensuality and its medieval revivalism.

Beatrice Portinari was the Florentine girl who represented the ideal of spritual love for the great Italian poet Dante (1265-1321). He first met her at the age of nine, and when they re-met nine years later he felt 'as if intoxicated'. When she died in 1290 he almost lost his sanity. His love for her is celebrated in prose and verse in La Vita Nuova, published three years later; and she reappears in his masterpiece, the Divina Commedia, guiding him towards the ultimate experience of celestial bliss in heaven.

Dante's meetings with Beatrice, whether on earth or in heaven, were a never-ending source of interest to Rossetti, inspiring a number of paintings from the early 1850s until his death in 1882. The model for Beatrice is Jane Morris, a pervasive a presence in Rossetti's later work as Lizzie Siddal is in his early watercolours and drawings.