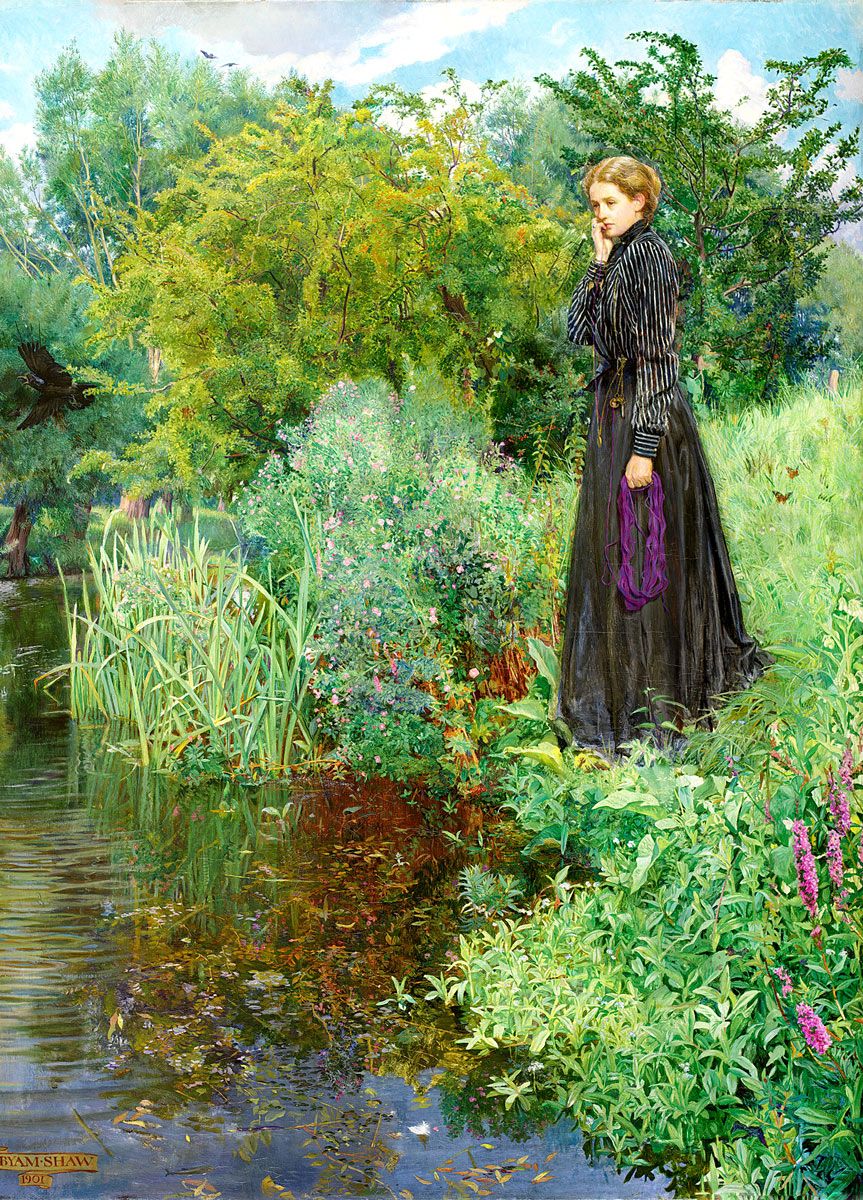 6 in stock.
0 in your basket
View Basket Checkout

John Liston Byam Shaw (1872-1919), commonly known as Byam Shaw, was a British painter, illustrator, designer and teacher. He was born in Madras, where his father, John, was the registrar of the High Court at Madras.The family returned to England in 1878 where they settled in Kensington. The young Shaw showed early artistic promise, and in 1887 his work was shown to John Everett Millais, who recommended that the 15-year-old should enter the St John's Wood Art School.

From 1890, Shaw studied at the Royal Academy Schools where he won the Armitage Prize in 1892 for his work The Judgement of Solomon. Throughout his career he worked competently in a wide variety of media including oils, watercolour, pastels, pen and ink and deployed techniques such as dyeing and gilding. He was influenced by the Pre-Raphaelites and took many of his subjects from the poems of Rossetti.