Carlos Schwabe: The Madonna and Child, 1895 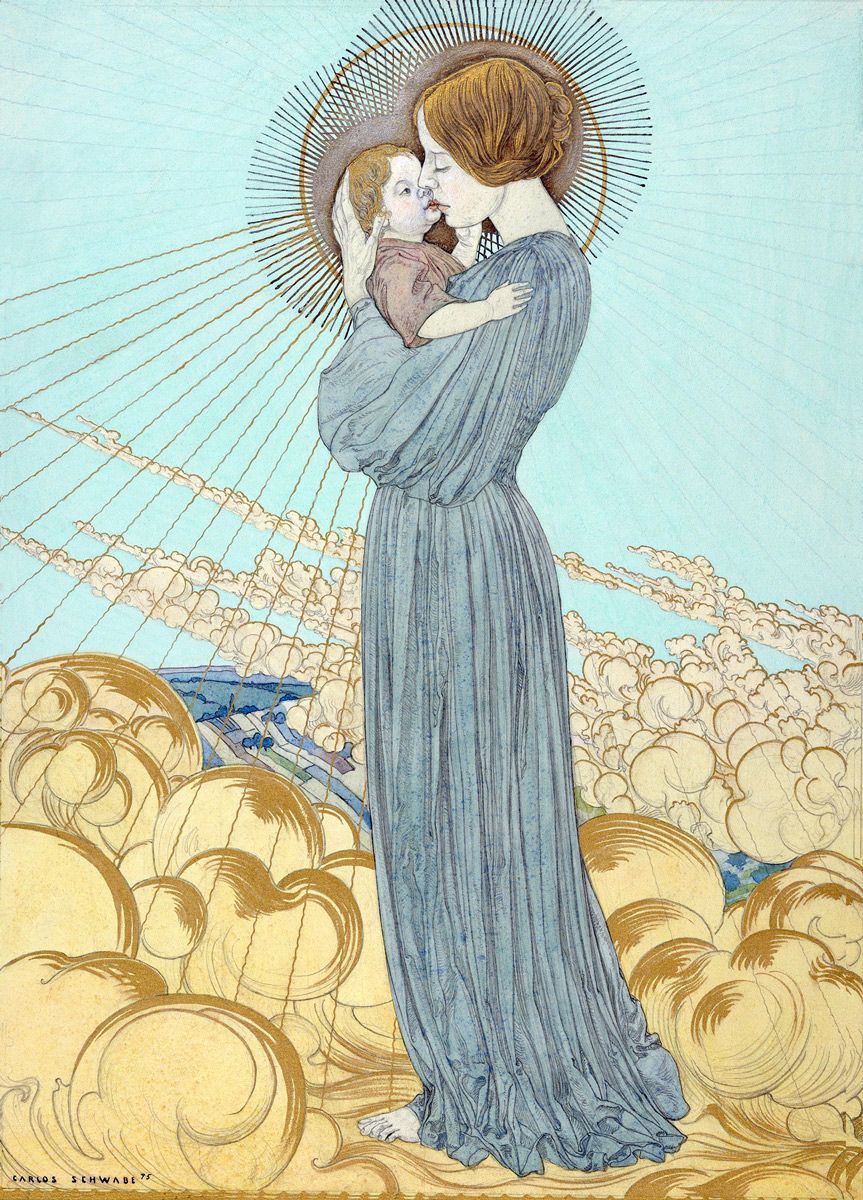 image courtesy of The Metropolitan Museum of Art, New York

Carlos Schwabe (1866-1926) was born in Altona, Holstein, and moved to Geneva, Switzerland at an early agewhere he received Swiss nationality. After studying art in Geneva, he relocated to Paris as a young man, where he worked as a wallpaper designer, and he became acquainted with Symbolist artists, musicians and writers. He exhibited at the Société nationale des Beaux-Arts, and at the Salon d'automne. Devoted to Symbolist ideals, Schwabe explored in his work concepts of spiritual enlightenment. This often found expression in concepts of virginal purity. Christianity and religion came hand in hand with his passion for ancient myth and a belief in an eternal underlying truth.

Schwabe became one of the most important symbolist book illustrators. He illustrated the novel Le rêve by Émile Zola, Charles Baudelaire's Les Fleurs du mal, Maurice Maeterlinck's Pelléas et Mélisande, and Albert Samain's Jardin de l'infante. Schwabe received the French Légion of Honor in 1902. He lived in France for the rest of his life and died in Avon, Seine-et-Marne in 1926.

This drawing represents a design for the front cover of “L’Evangile de Notre Seigneur Jesus-Christ selon Saint Pierre” (The Gospel of Our Lord Jesus Christ according to Saint Peter). Published in 1895, Schwabe was also responsible for the illustrations in the book, but this design represents a private commission for a patron’s personal copy of the gospel. The design shows the Virgin Mary and the Christ Child, standing in a yellow-gold swirling cloudscape with partial view of the earth below. Mary carries the child in her arms and kisses it gently on the lips.