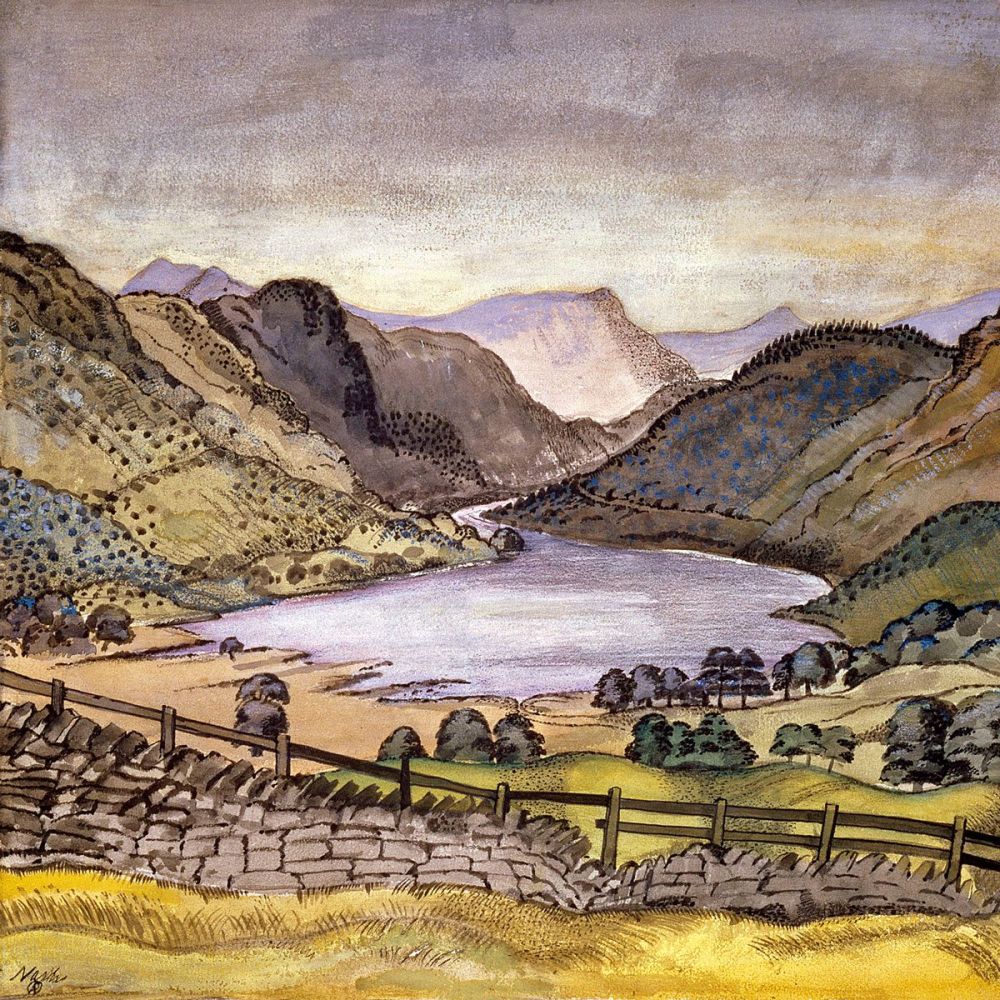 Paul Nash (1889-1946) was a British surrealist painter and war artist, as well as a photographer, writer and designer of applied art. Nash was among the most important landscape artists of the first half of the twentieth century, and he played a key role in the development of Modernism in English art. Born in London, Nash grew up in Buckinghamshire where he developed a love of the landscape. He entered the Slade School of Art but was poor at figure drawing and concentrated on landscape painting. Nash found much inspiration in landscapes with elements of ancient history, such as burial mounds, Iron Age hill forts such as Wittenham Clumps and the standing stones at Avebury in Wiltshire.

The artworks he produced during World War I are among the most iconic images of the conflict. After the war Nash continued to focus on landscape painting, originally in a formalized, decorative style but, throughout the 1930s, in an increasingly abstract and surreal manner. In his paintings he often placed everyday objects into a landscape to give them a new identity and symbolism.

Thirlmere is a reservoir in the Borough of Allerdale in Cumbria. The Helvellyn ridge lies to the east, and to the west are a number of fells including Armboth Fell and Raven Crag, both of which give views of the lake and of Helvellyn beyond. In the 19th century Manchester Corporation constructed a dam at the northern end, raising the water level, flooding the valley bottom, and creating a reservoir to provide the growing industrial city of Manchester with water supplies via the 96 mile long Thirlmere Aqueduct. The reservoir and the aqueduct still provide water to the Manchester area, but under the Water Act 1973 ownership passed to the North West Water Authority.