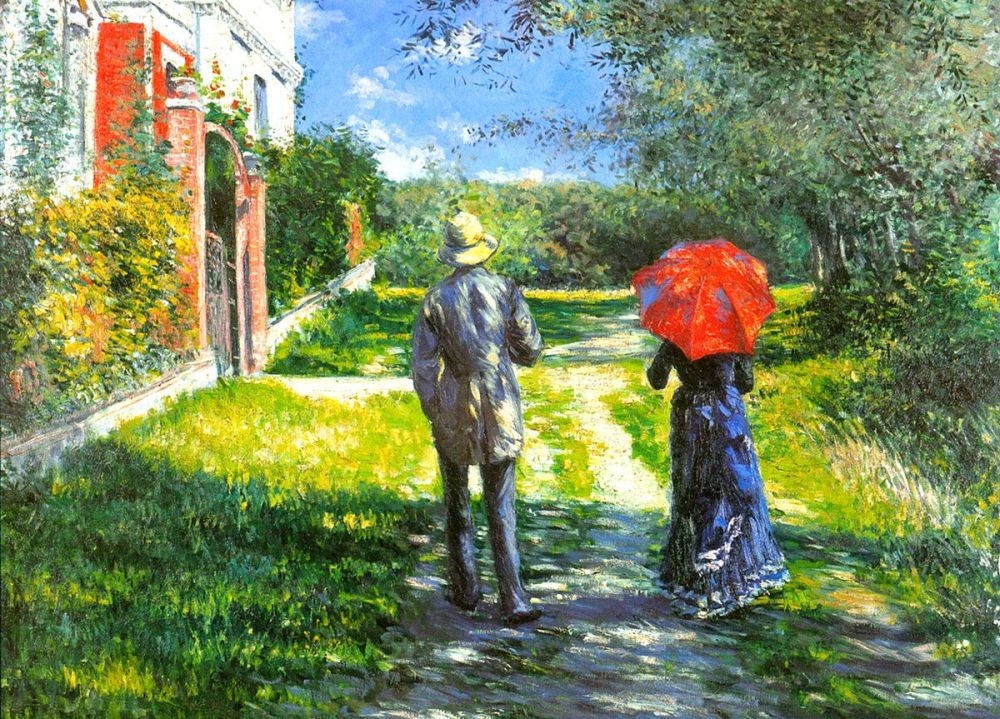 Gustave Caillebotte (1848-1894) was a French painter who was a member and patron of the Impressionists, although he painted in a more realistic manner than many others in the group. Caillebotte may be considered part of the first movement after Impressionism: Neo-Impressionism. The second period of Pointillism, whose main representative was Georges Seurat, announced its influence in the late works that Caillebotte painted at his country house in Petit Gennevilliers.

Caillebotte's style belongs to the School of Realism but was strongly influenced by his Impressionist associates. In common with his precursors Jean-François Millet and Gustave Courbet, as well his contemporary Degas, Caillebotte aimed to paint reality as it existed and as he saw it, hoping to reduce the inherent theatricality of painting. At times, he seems very much in the Degas camp of rich-coloured realism (especially his interior scenes); at other times, he shares the Impressionist commitment to optical truth, and employs an impressionistic pastel-softness and loose brush strokes most similar to Renoir and Pissarro, although with a less vibrant palette.

Rising Road depicts a fashionable bourgeois couple strolling on a country road on a summer day. Although the title does not mention a location, the brightly coloured villa suggests that it was painted in the seaside resort of Trouville on the Normandy coast. The town was a fashionable destination for wealthy urban dwellers, and between 1880 and 1884, Caillebotte spent parts of his summers in Trouville participating in local regattas. The picturesque resort also appealed to many artists: painters like Gustave Courbet, Claude Monet, and Eugène Boudin all spent time working in Trouville. The hot season there was also very fruitful for Caillebotte, who throughout four summers painted around fifty canvases of the town and the region.