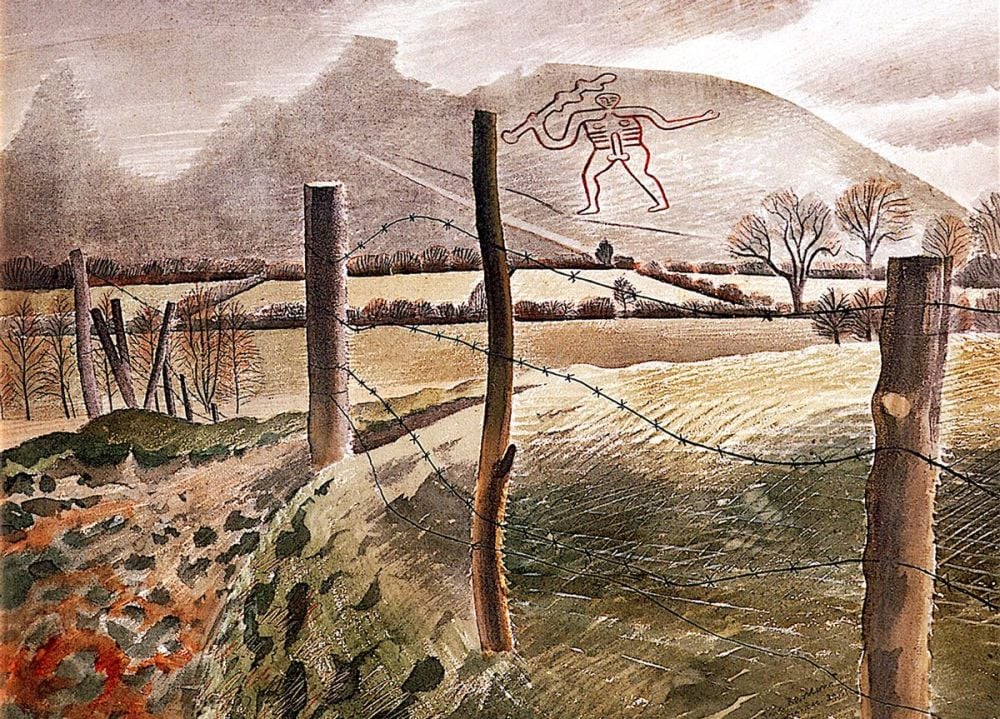 The Cerne Abbas Giant is a hill figure near the village of Cerne Abbas in Dorset. Like many other hill figures it is outlined by shallow trenches cut in the turf and backfilled with chalk rubble, and has become an important part of local culture and folklore, which often associates it with fertility. It is one of England's best-known hill figures and is listed as a scheduled monument.