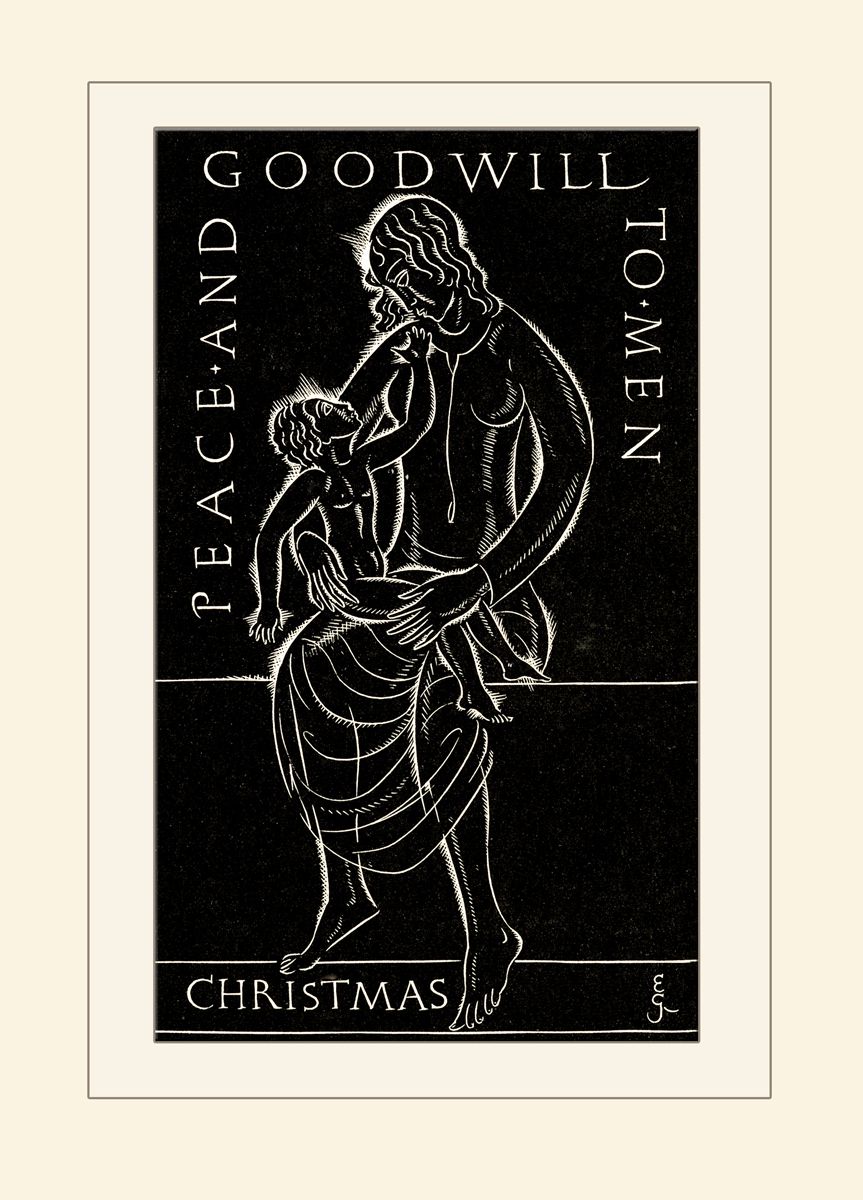 This design by Eric Gill was used as a Christmas card by the Peace Pledge Union in 1937. In the mid-1930s as the threat of another war was imminent, people were beginning to believe that war of every kind is not only a denial of Christianity, but a crime against humanity which should no longer be permitted by a civilised society. As a result, The Peace Pledge Union was created, and in a few months over 30,000 people had signed up, with membership rising to over 100,000 the following year.