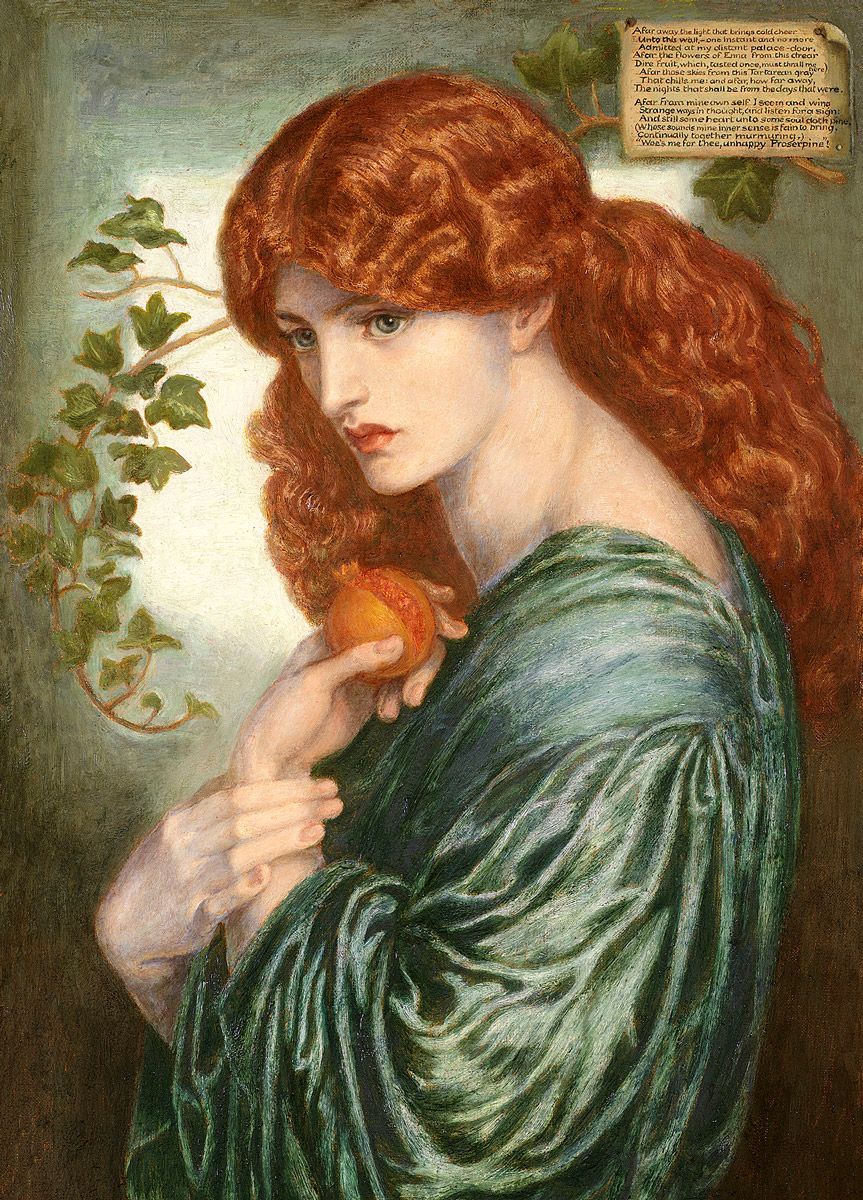 He founded the Pre-Raphaelite Brotherhood in 1848 with William Holman Hunt and John Everett Millais, and was later to be the main inspiration for a second generation of artists and writers influenced by the movement, most notably William Morris and Edward Burne-Jones. Rossetti's art was characterised by its sensuality and its medieval revivalism, and in 1850, he met Elizabeth Siddal, an important model for the Pre-Raphaelite painters. Over the next decade she became his muse, his pupil, and his passion, they married in 1860. Rossetti's personal life was closely linked to his work, especially his relationships with his models, including Fanny Cornforth and Jane Morris.

This painting depicts the Roman goddess Proserpine in her role as the sombre Queen of the Underworld and is a defining image of the Pre-Raphaelite art movement. The model is Jane Morris, wife of artist William Morris. It is thought that her own life bore similarities to that of the captive goddess, abducted by Pluto after eating pomegranate seeds, suggesting she was caught between a loveless marriage and her intimate relationship with Rossetti. Rossetti began work on the painting in 1871 and painted at least eight separate versions, this one being the last and final version, completed in 1882, the year of his death.