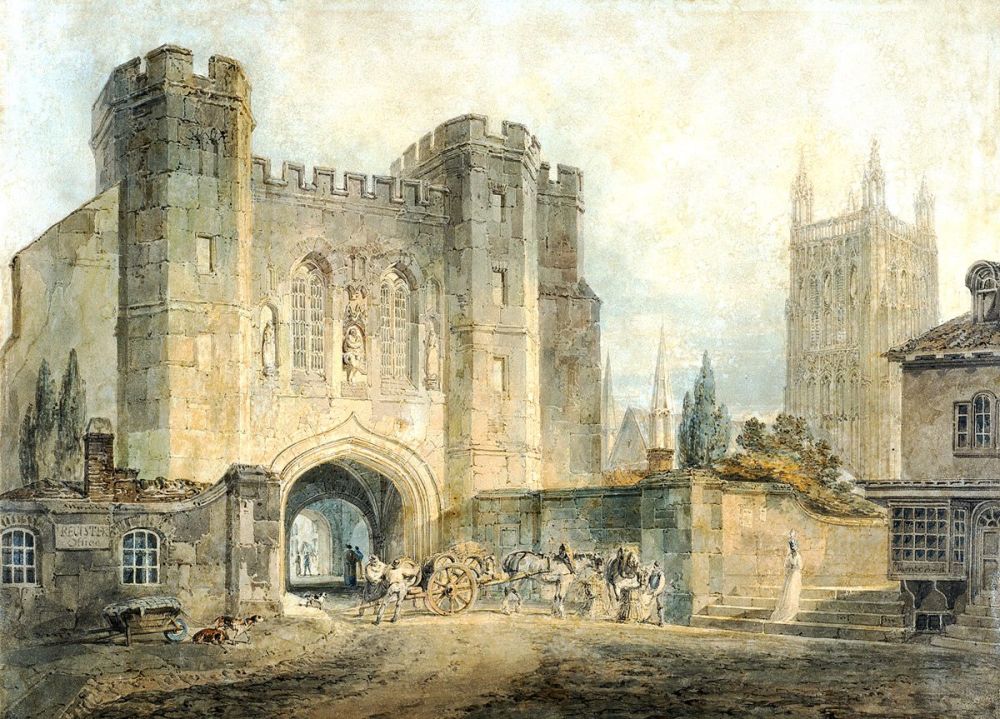 Turner was an English Romantic landscape painter, watercolourist and printmaker, whose style can be said to have laid the foundation for Impressionism. He entered the Royal Academy of Art schools in 1789, when he was only 14 years old, and was accepted into the academy a year later. Although renowned for his oils, Turner is also one of the greatest masters of British watercolour landscape painting. He  travelled widely in Europe, and made many visits to Venice.

This gateway, legendarily attributed to the Anglo-Saxon King Edgar, has served as the entrance to the precincts of Worcester Cathedral since the fourteenth century. In this painting, created around 1794, and with a typical nod to the local economy, Turner shows draymen unloading barrels, which may well have contained vinegar, the basic ingredient in Worcestershire sauce.