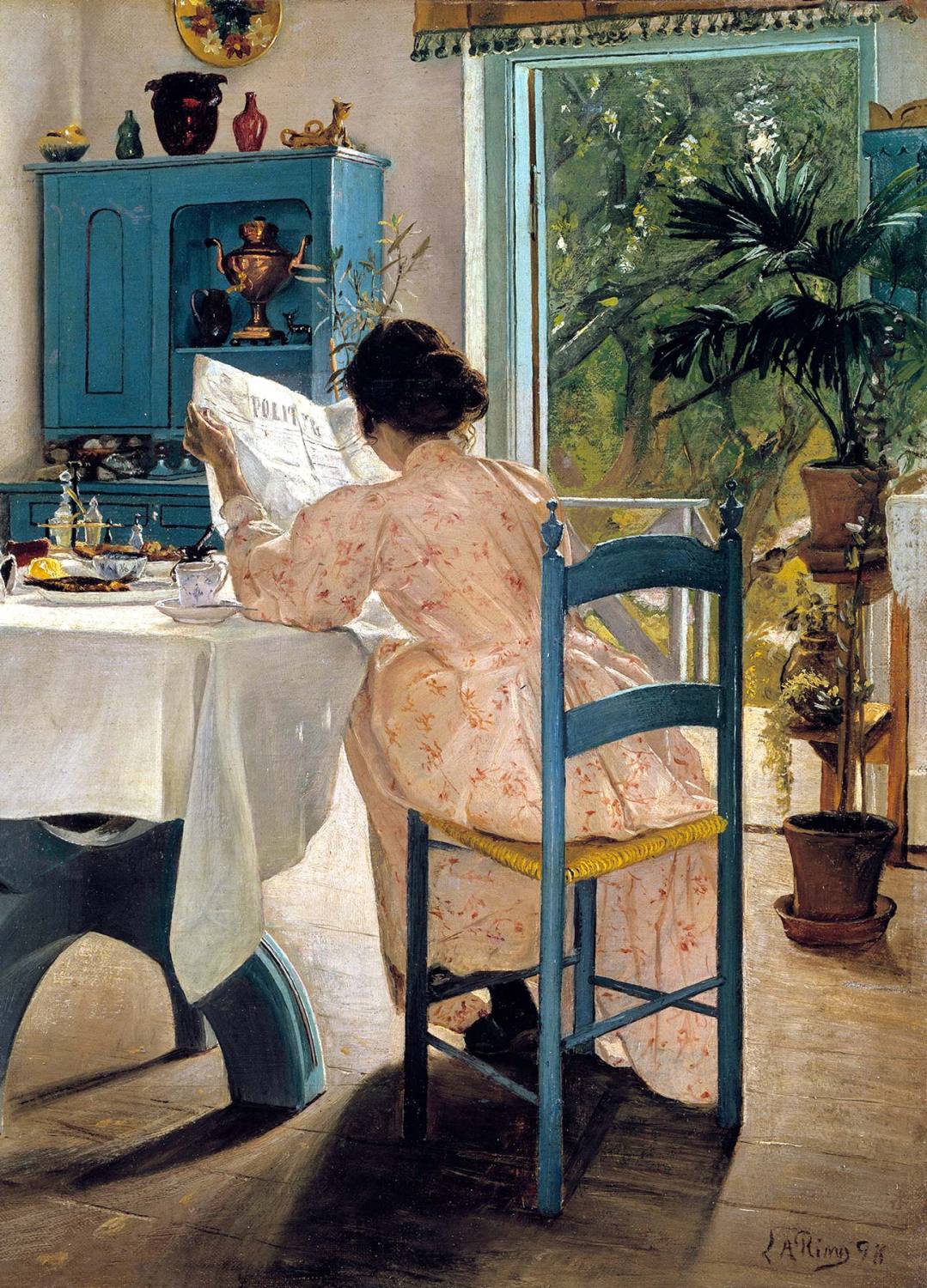 6 in stock.
0 in your basket
View Basket Checkout

Laurits Andersen (1854-1933) Ring was one of the foremost Danish painters of the turn of the 20th century, who pioneered both symbolism and social realism in Denmark. In 1873, while working in Copenhagen, Laurits decided to take classes in painting, and after two years of private studies he was accepted at the Danish Academy of Arts in 1875 and studied briefly with the painter P.S.Krøyer. He was never content with the academy and disliked the strict training in classical disciplines. As a painter, he never distanced himself from his humble origin, but rather made it his dominant theme. Most of his paintings depict the village life and landscapes of southern Zealand from Præstø to Næstved. He was married to fellow painter Sigrid Kähler, who was the daughter of ceramic artist Herman Kähler.

In this painting, seated at the breakfast table reading the morning paper is the artist’s wife, Sigrid Kähler. Light streams in through the open door, and outside we can make out the lush green of summer. The year is 1898 and the Danish artist couple have been married for two years. The painting has been compared with Carl Larsson’s contemporary Sundborn pictures. And the newspaper, a copy of Politiken, serves as a reminder of the world outside.