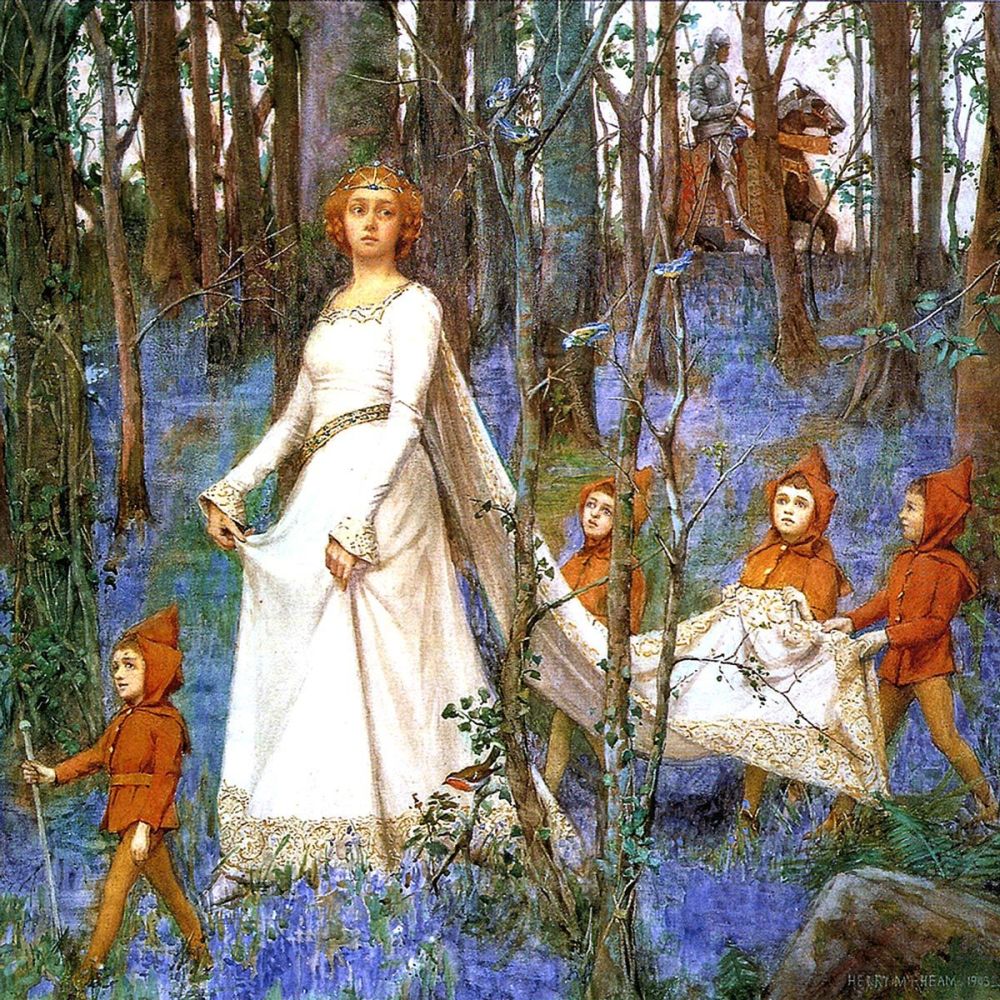 Born on Merseyside, Rheam was  staunch Quaker and a cousin of Henry Scott Tuke. He studied art in London, Germany and Paris, working primarily in watercolour. In 1890 he moved to Cornwall and settled in Newlyn, where he contributed to the Newlyn Society of Artists, becoming Hon Secretary in 1897. His earliest works conformed to the rural style of the Newlyn School, but by the mid 1890s the majority of his paintings were in a romantic, late Pre-Raphaelite vein.

The golden age of fairy painting came during the second half of the 19th century when fairies found expression in most of the Victorian arts - paintings, illustration, literature, theatre, ballet and music. Fairy painting had a strong literary background. The books of the Brothers Grimm and Hans Christian Andersen perfected the Victorian consciousness. Shakespeare was an even more important source in particular with "The Tempest" and "A Midsummer Night's Dream." Another influence was the Victorian obsession with the supernatural, spiritualism and the unseen world.