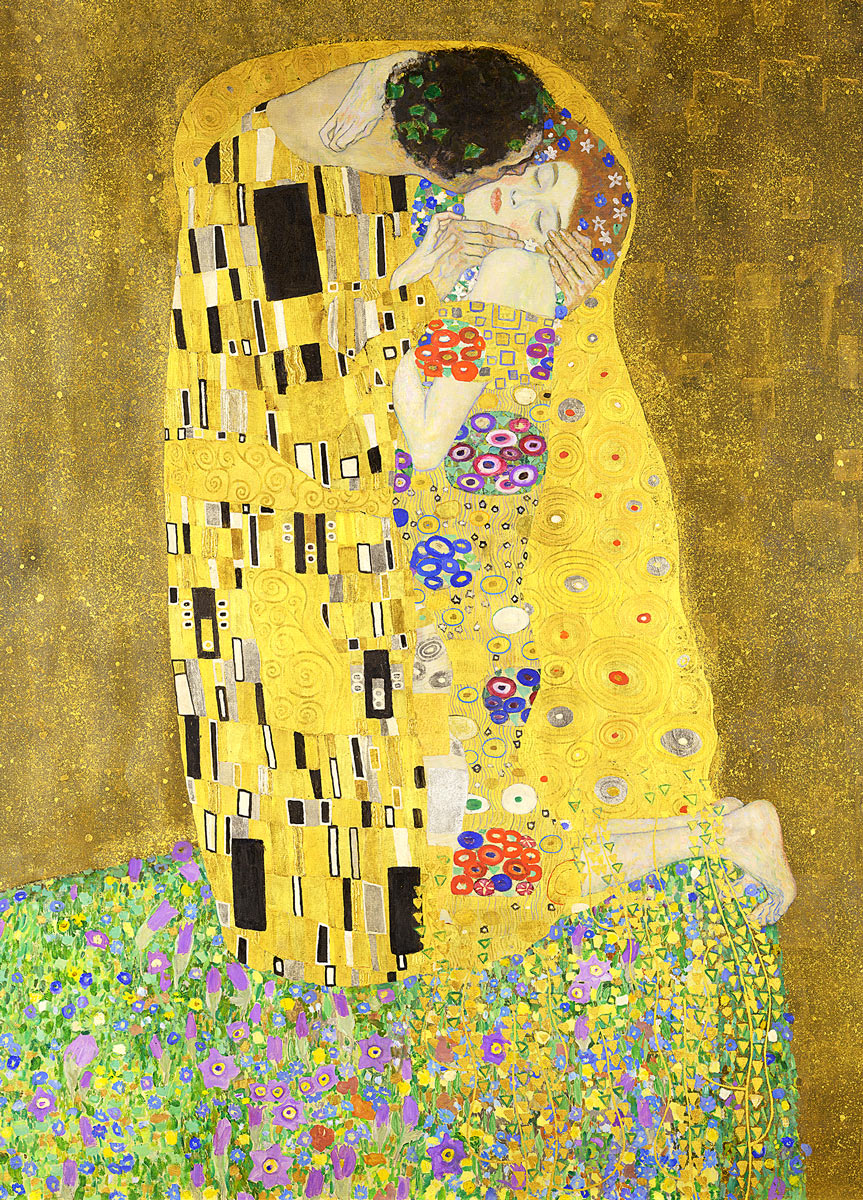 The Kiss is considered the highpoint of his "Golden Period", when he painted a number of works in a similar gilded style. The canvas depicts a couple embracing, their bodies entwined in elaborate robes decorated in a style influenced by both linear constructs of the contemporary Art Nouveau style and the organic forms of the earlier Arts and Crafts movement. The work is composed of oil paint with applied layers of gold leaf, an aspect that gives it its strikingly modern, yet evocative appearance.