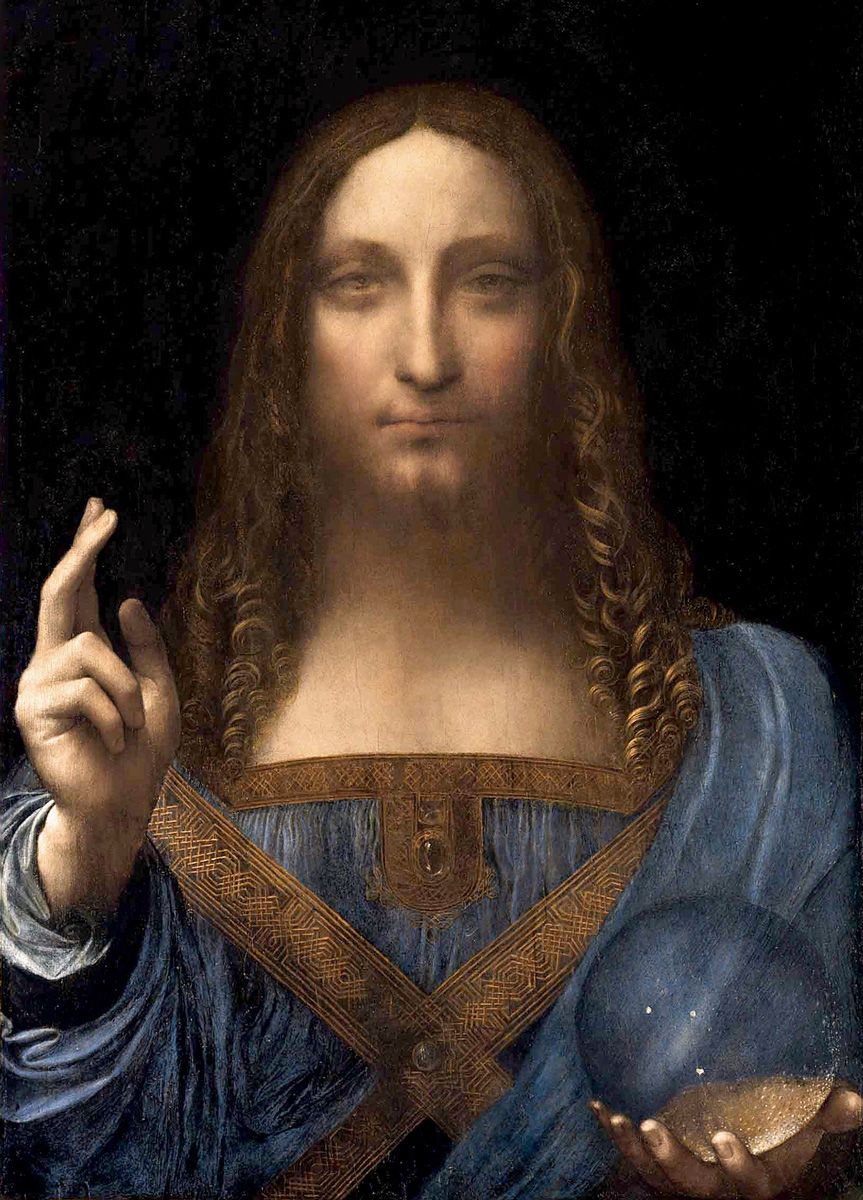 Although around only fifteen paintings by Leonardo exist in the world today, among them are the best-known and most highly revered paintings in the Western tradition, the Mona Lisa and The Last Supper. Despite these high achievements in painting, Leonardo would likely still be known today for his versatile intellect and creative mind. Skilled as a sculptor, architect, inventor, anatomist, military strategist, and visionary who anticipated the invention of aircraft, submarines, and other technologies centuries before their invention. He was among the most influential figures of the Renaissance in Europe.

In his painting, Leonardo presents Christ as he is characterised in the Gospel of John 4:14: ‘And we have seen and testify that the Father has sent his Son as the Saviour of the World.’ Christ gazes fixedly at the spectator, lightly bearded with auburn ringlets, holding a crystal sphere in his left hand and offering benediction with his right. The Saviour literally holds the well-being of the world and its inhabitants in the palm of his hand. The format follows the precedent of the ‘Christ Pantocrator’ (‘Ruler of All’ or ‘Sustainer of the World’) from Eastern Orthodox traditions, commonplace in religious imagery dating to Byzantine mosaics, although Leonardo’s Christ is portrayed as resolutely human - unusual at this time - lacking as he does a crown or a halo.