The Sun with human face Rising - from Splendor Solis by Salomon Trismosin, 1532 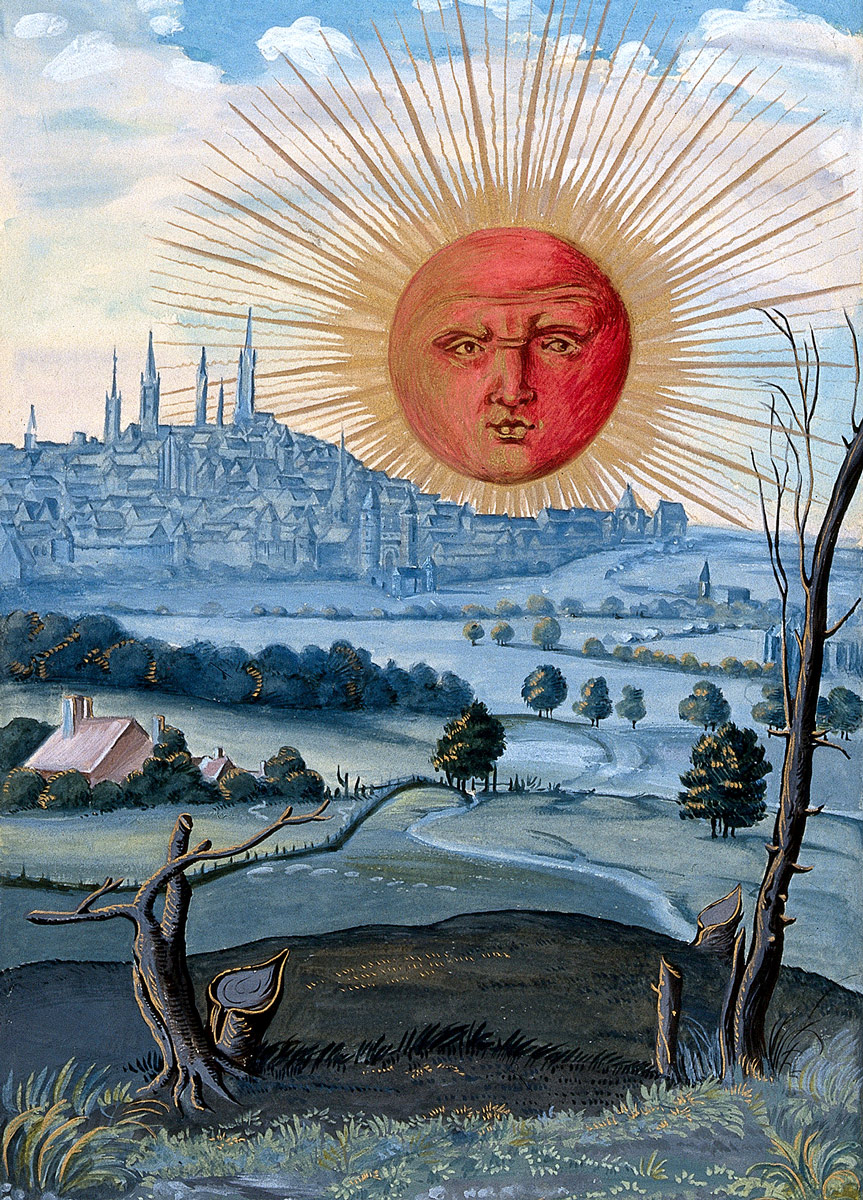 Splendor Solis or Splendour of the Sun’ is one of the most beautiful and well known illuminated alchemical manuscripts. The earliest version, written in Central German, is dated 1532-1535 and is housed at the Kupferstichkabinett, Berlin. It is illuminated on vellum, with decorative borders like a book of hours, beautifully painted and heightened with gold. The later copies in London, Kassel, Paris and Nuremberg are equally fine. In all twenty copies exist worldwide.

This watercolour is taken from the Fifth Treatise: the Sun just risen, golden red, serious thoughtful and severe  looking. The eyes seem so penetrating as if they  would search into and question your inmost soul. The landscape has the sanctity of night over it and is of a blackish grey tint. A city is seen on the hill right underneath the chin of the Sun. Yet it is seemingly wrapped in night. There is nothing like life stirring, all appears wrapped in night and sleep, and as if the Sun had stolen upon them unawares at very early morning, and was unable to give any light to the Earth or waken the people.