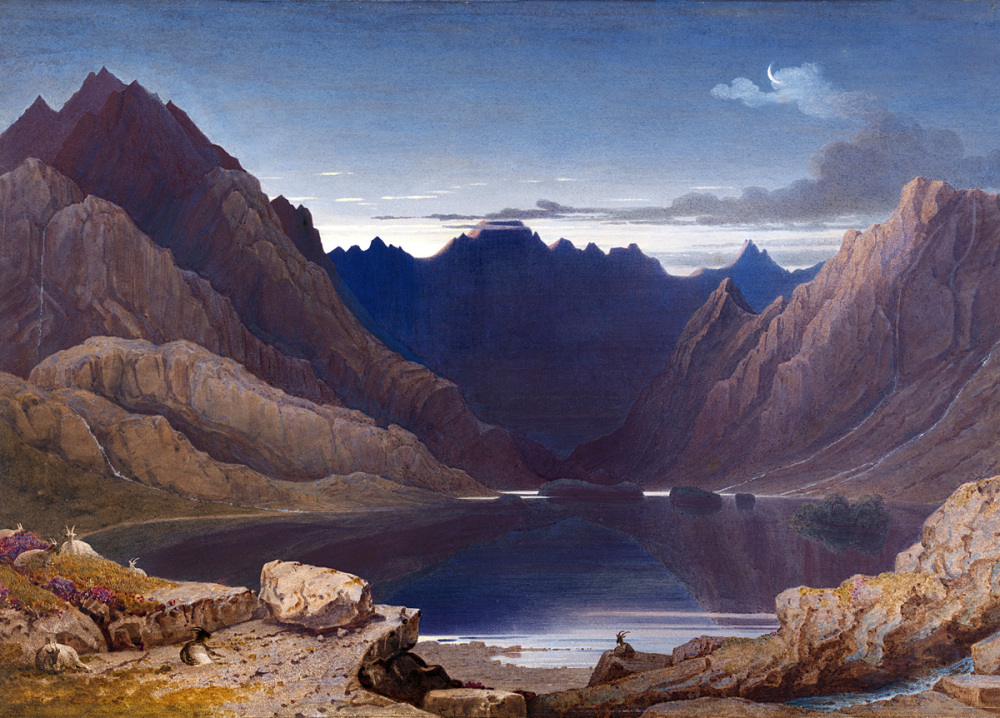 George Fennel Robson (1788-1833) was born in Durham, and his father encouraged his early inclination for art. He moved to London in 1806 and began to exhibit at the Royal Academy the following year. He later visited Scotland where he found inspiration with the beauty of mountain scenery; his special gift lay in the poetical treatment of the landscape under broad effects of light and shade, in to which he infused a romantic spirit.

This dramatic watercolour is presumably one of the six views of Loch Coruisk that Robson exhibited at the Society of Painters in Water-Colours between 1826 and 1832.  Although critical of Robson’s drawing, colour, finish, and compositional sense, John Ruskin, in Modern Painters, commended the sensitivity of the artist’s depiction of mountains in a passage that almost seems to been written with this watercolour of Loch Coruisk in mind: “They are serious and quiet in the highest degree, certain qualities of atmosphere and texture in them have never been excelled, and certain facts of mountain scenery never but by them expressed; as for instance, the stillness and depth of the mountain tarns, with the reversed imagery of their darkness signed across by the soft lines of faintly touching winds; the solemn flush of the brown fern and glowing heath under evening light; the purple mass of mountains far removed, seen against clear still twilight".