John William Waterhouse: Isabella and the Pot of Basil, 1907 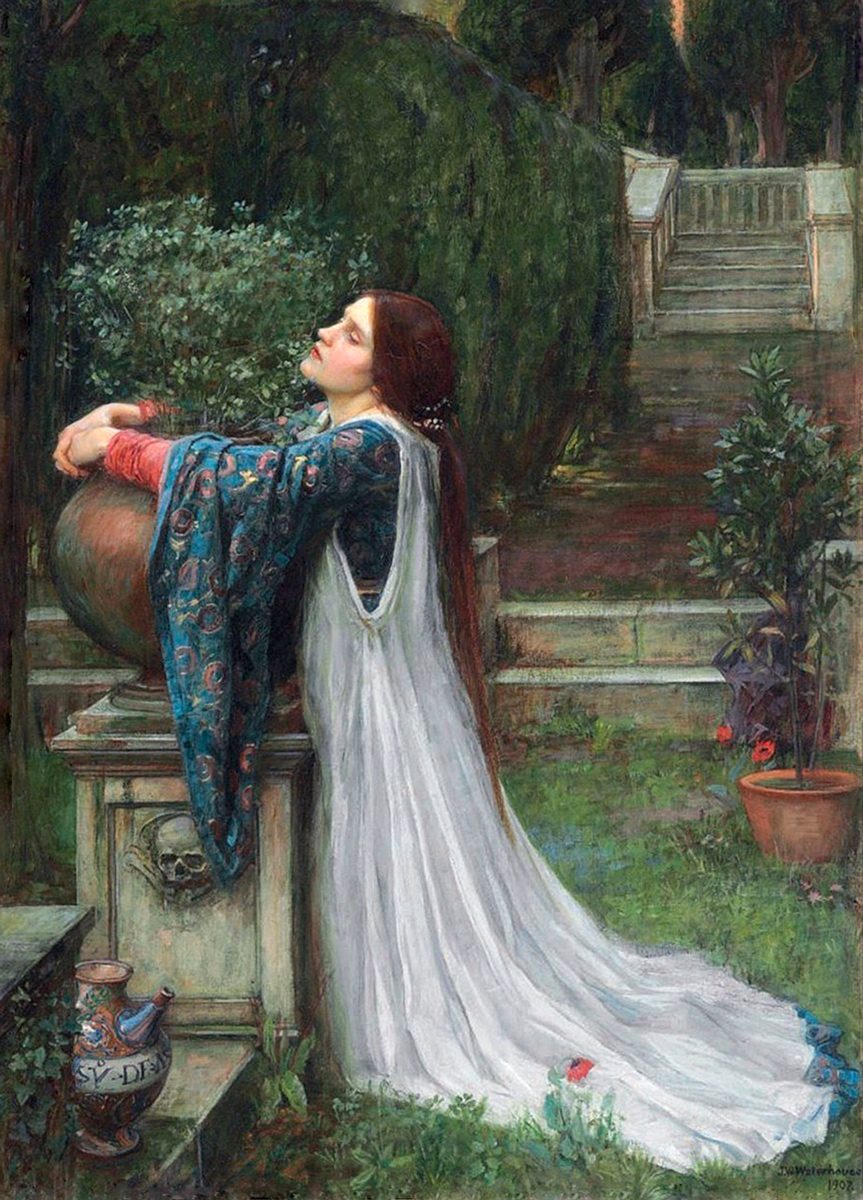 The early works of Waterhouse were of a classical style and were heavily influenced by artists such as Leighton and Alma-Tadema. He made several trips to Italy where he found inspiration for his paintings and began to produce large canvases using classical compositions and the Pre-Raphaelite concepts of beautiful women who were ultimately tragic or powerful. He was active several decades after the break-up of the Pre-Raphaelite Brotherhood, which had seen its heyday in the mid-nineteenth century, leading him to be known as "the modern Pre-Raphaelite". Borrowing stylistic influences not only from the earlier Pre-Raphaelites but also from his contemporaries, the Impressionists, his artworks were known for their depictions of women from both ancient Greek mythology and Arthurian legend.

Isabella and the Pot of Basil is a scene from John Keats's poem Isabella, or the Pot of Basil, originally written by Giovanni Boccaccio in the 14th century. The Florentine maiden Isabella is in love with Lorenzo, who works as a clerk for her two merchant-brothers. They murder the young man and bury him in a forest, but he appears to Isabella in a vision and tells her where to find his corpse. She exhumes his head and hides it in a pot of sweet basil, sustaining the increasingly vigorous plant with her tears, a particularly intimate form of the feminine element of water. Having discovered her secret, the brothers steal away with the pot, so Isabella withers and dies, having lost her beauty and sanity through obsessive grief. William Holman Hunt also painted a version in 1868.