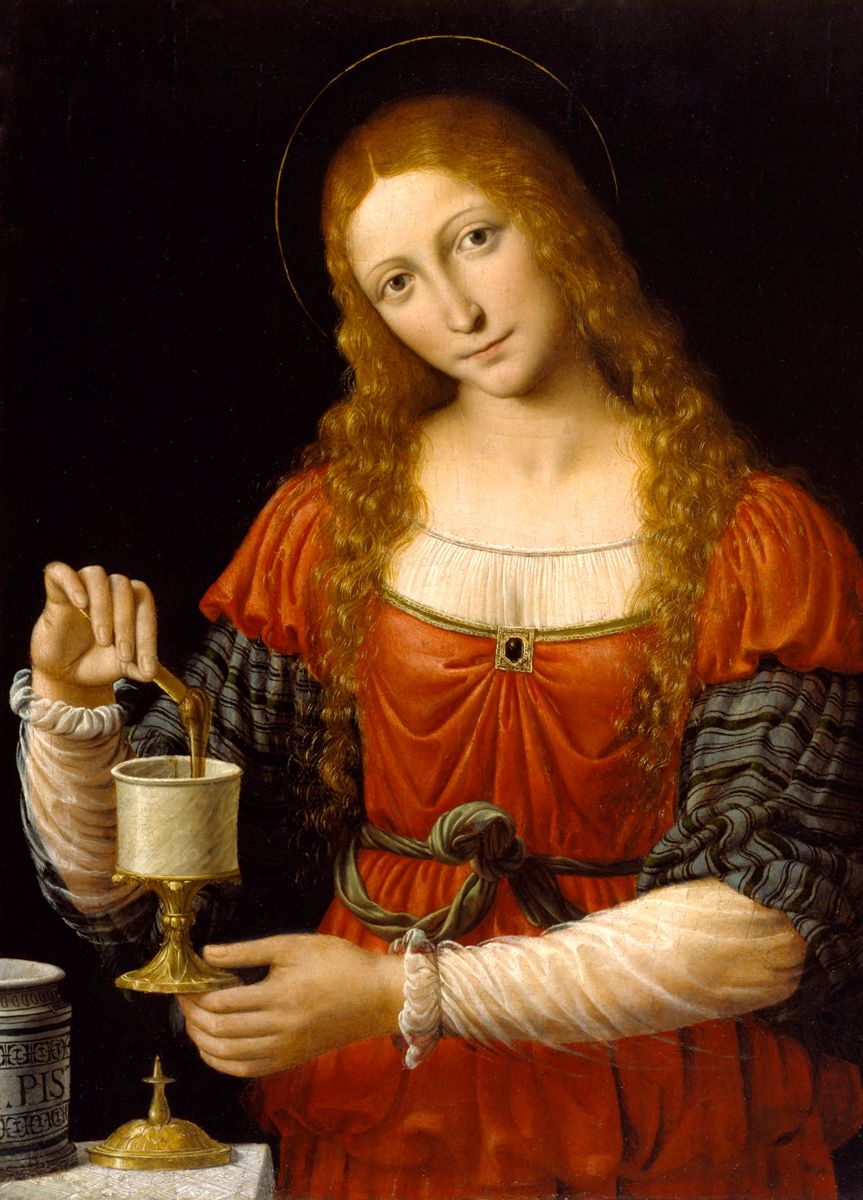 In many ways, Mary Magdalene is the most accessible of the female saints, a real human being, unlike the lofty, remote and far too pure and unreal Virgin Mary. Part of her appeal, to be sure, resides in her embodying a fundamental female identity, which may be very ancient.

According to Church (but not biblical) tradition, Mary Magdalene was a sinful woman, who upon meeting Christ repented her former ways. She was present at the Crucifixion and later went to anoint Christ's dead body (in accordance with Jewish burial ritual), only to discover that he was resurrected. As in this painting, the Magdalene is often depicted as a great beauty with long golden hair. She is shown here transferring the ointment from a maiolica pharmacy jar to a smaller vessel.

The painting has been attributed alternately to Andrea Solario and Bernardino Luini, both artists influenced by the works of Leonardo da Vinci, both in their definition of form and in the subtle "sfumato" technique that invisibly blends light and shade and make contours appear soft.