Walter Crane: A Masque for the Four Seasons (detail) 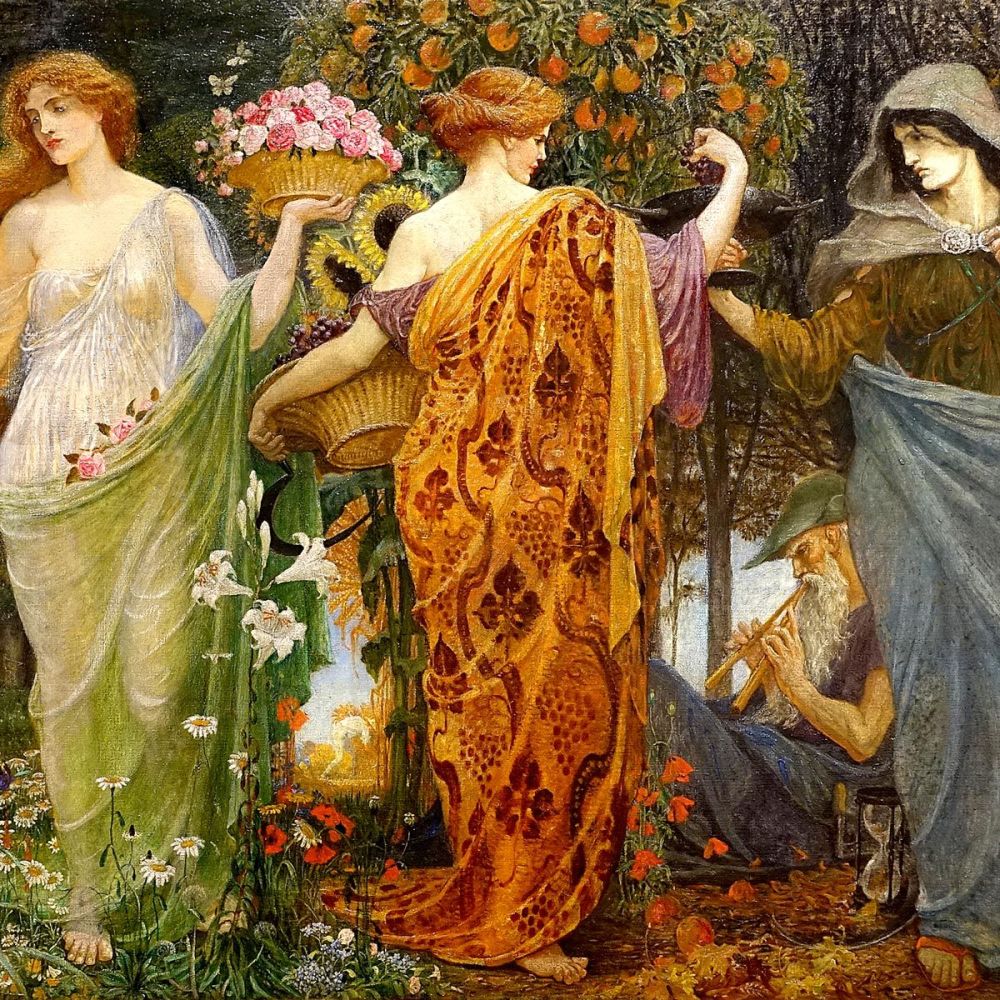 Walter Crane (1845-1915) was one of the most important, versatile and radical artists of the nineteenth century: a painter, decorator, designer, book illustrator, poet, author, teacher, art theorist, and socialist. Crane's astonishingly diverse body of work challenged the establishment, artistically and politically. He was an artist who used his talent and energy to dismantle the traditional boundaries between fine art and decorative art, between elite and popular, between art and propaganda. Crane's enduring influence is felt on many levels

The finest book illustrator of the Victorian era, he revolutionized that field. Inspired by John Ruskin and the Pre-Raphaelites, he was central to the development of Aestheticism in England and, later, Symbolism in Europe. A friend and associate of William Morris, his work embodied Arts and Crafts ideals. A lifelong political radical, he invented the iconography of English socialism.

Crane's compelling and fascinating work asserts the central role of the artist in society. By creating new environments and imagining a future world, Crane promoted design as a powerful force for social change. By considering his politics and integrating it with his art, Crane emerges as a unique figure, an artist who translated 'art for art's sake' into 'art for all'.