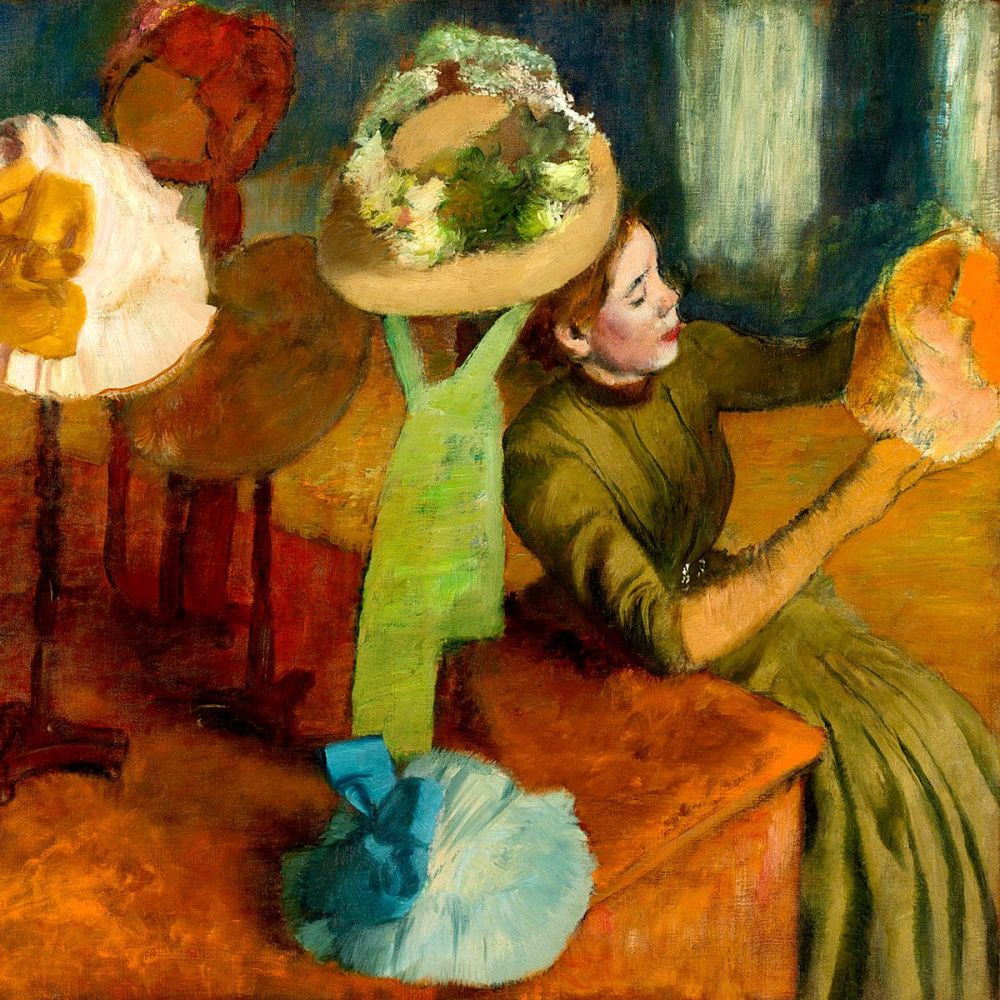 image courtesy of The Art Institute of Chicago

Edgar Degas (1834-1917) was born in Paris and began to paint early in life. He studied drawing at the École des Beaux-Arts and later spent a few years in Italy where he painted numerous copies of works by Michealangelo, Raphael, Titian and other Renaissance artists. On his return to France in 1859 he moved into a large Paris studio where he began work on several history paintings.
He is especially identified with the subject of dance, more than half of his works depict dancers. Degas is often regarded as one of the founders of Impressionism, although he rejected the term, preferring to be called a realist.

Of at least fifteen pastels, drawings, and paintings that Edgar Degas created on this subject during the 1880s, The Millinery Shop is the largest and perhaps the most ambitious. As a result of its unusual cropping and tilted perspective, it seems to capture an unedited glimpse of the interior of a small nineteenth-century millinery shop.

The identity of the young woman in the painting remains unclear: she may be a shop girl or a customer. In an early version of the composition, the woman is clearly intended to be a customer; she wears a fashionable dress, though her hat - a prerequisite token of bourgeois culture - is absent. In the final painting, however, the woman appears with her mouth pursed, as if around a pin, and her hands gloved, possibly to protect the delicate fabric of the hat she holds. Degas seems to have deliberately left her role as a creator or consumer ambiguous. She is totally absorbed in her activity and, like most of the women in Degas’s paintings, seems unaware of being watched. The bonnets that are displayed on the table next to her like a still life present an analogy to the artist’s creative process: where they are unfinished, so too is the painting.