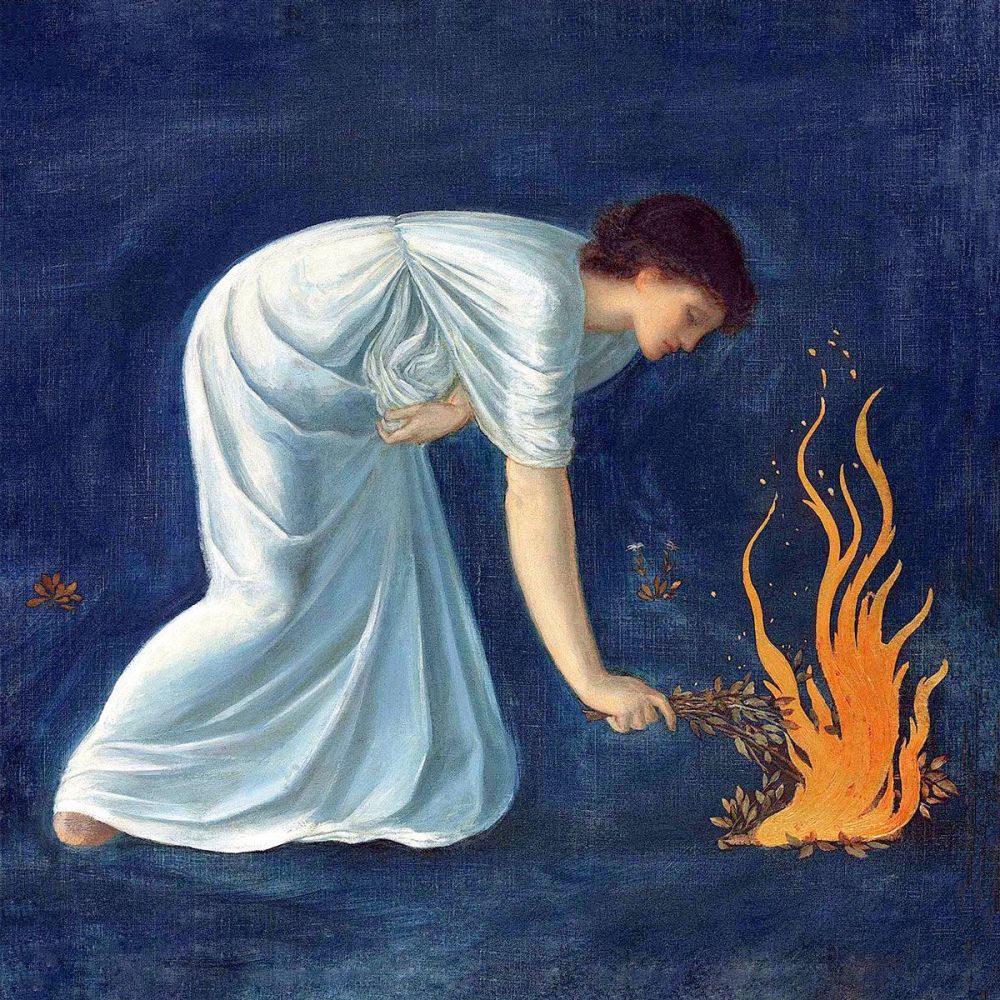 Edward Burne-Jones (1833-1898) is considered the most important and accomplished painter of the Pre-Raphaelite movement. He didn't have any formal academic art training and consequently developed his own very distinctive approach, using medieval models as his template but invigorating them with a completely fresh and modern look. His subjects were drawn from a wide range of legends, myths, and spiritual stories; he greatly admired the early Italian Renaissance painters like Botticelli, da Vinci, and Michaelangelo, from whose work he took a great deal of inspiration.

He was a friend of William Morris from their time at Oxford, and later of Dante Gabriel Rossetti and John Ruskin. He designed stained glass and tapestries for Morris' firm and was also a gifted book illustrator. Between 1864 and 1870 Burne-Jones worked principally in watercolour, afterwards concentrating on oil painting. He was created a baronet in 1894, and was also a recipient of the Légion d'Honneur, as his work was extremely popular in France, and in Italy as well, from a relatively early date.

In Greek mythology Hero was a priestess of Aphrodite at Sestos, on the shores of the Hellespont. Her lover, Leander, lived at Abydos, a town on the opposite, Asian, side, and at night would swim across the water to join her, guided by a beacon which she lit. One stormy night he was drowned, and Hero, in despair, threw herself into the sea. The story is told by the Greek poet Musaeus and by Ovid in his Heroides, a source which often provided Burne-Jones with subjects. The picture shows Hero lighting her beacon with dead leaves, the dark blue background suggesting the depths of night.