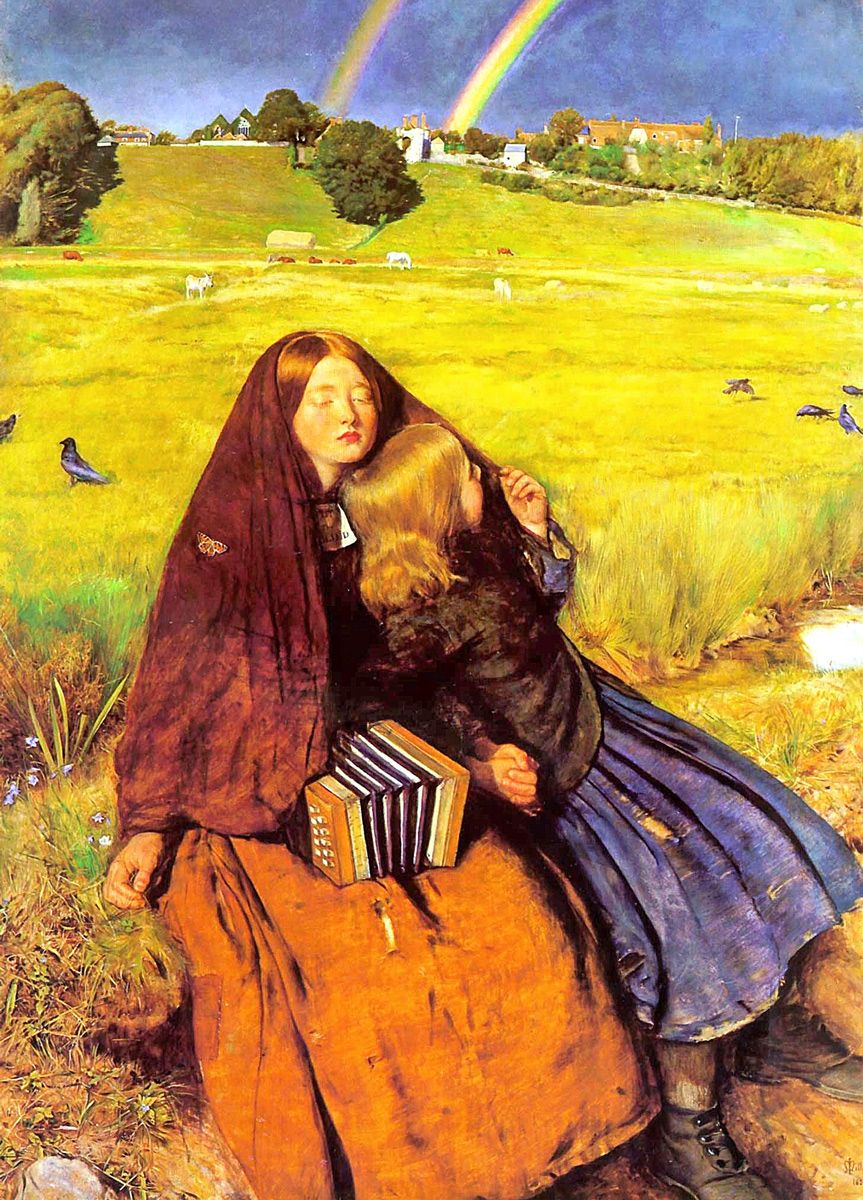 A child prodigy, at the age of eleven Millais became the youngest student to enter the Royal Academy Schools. While there, he met William Holman Hunt and Dante Gabriel Rossetti with whom he formed the Pre-Raphaelite Brotherhood in1848. His early works were painted with great attention to detail, often concentrating on the beauty and complexity of the natural world. In paintings such as Ophelia (1852) Millais created dense and elaborate pictorial surfaces based on the integration of naturalistic elements. In his later years he began to paint in a broader style, producing works that had a much wider and more popular appeal.

The Blind Girl depicts two itinerant beggars, presumed to be sisters, one of whom is a blind musician, her concertina on her lap. They are resting by the roadside after a rainstorm, before travelling to the town of Winchelsea, visible in the background. The painting has been interpreted as an allegory of the senses, contrasting the experiences of the blind and sighted sisters. The former feels the warmth of the sun on her face, and fondles a blade of grass, while the latter shields her eyes from the sun or rain and looks at the unusual spectacle of a double rainbow that has just appeared. Some critics have interpreted the rainbow in Biblical terms, as the sign of God's covenant described in Genesis.