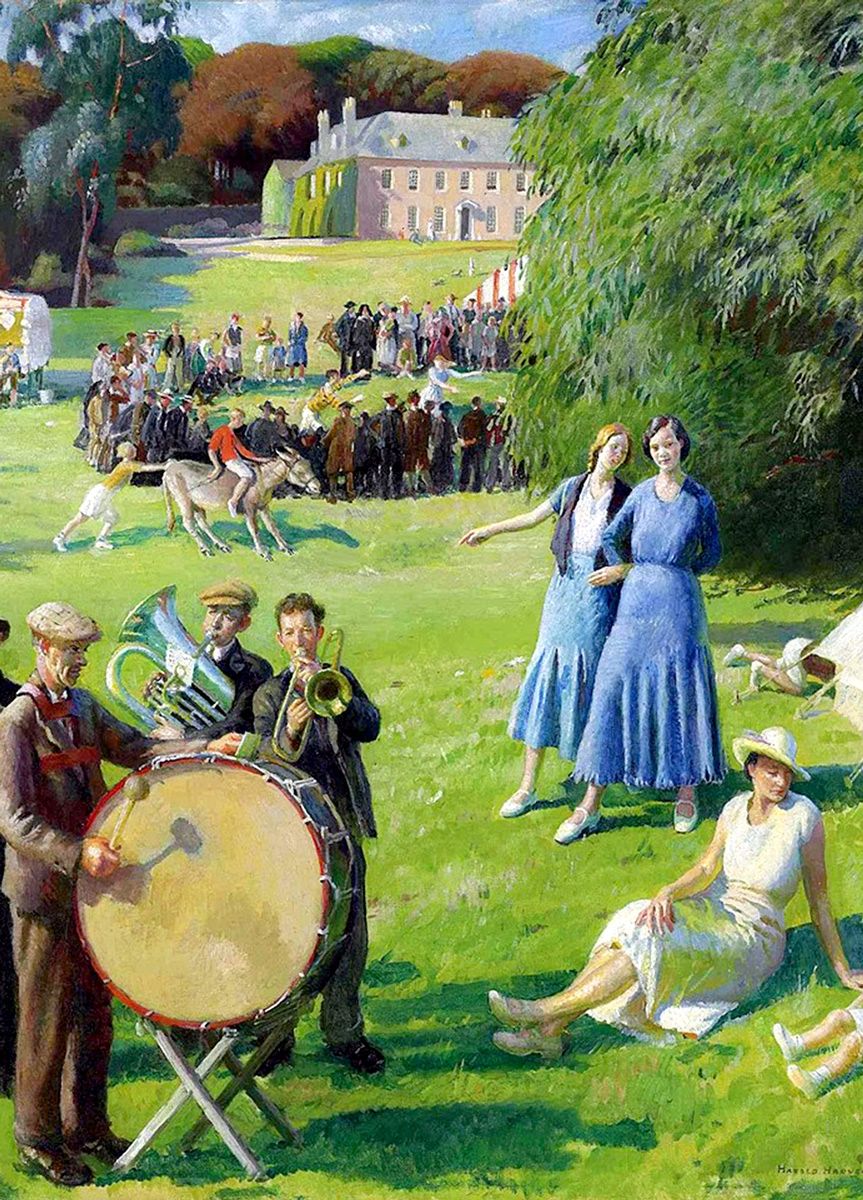 10 in stock.
0 in your basket
View Basket Checkout

Harold Harvey (1874-1941) was a Newlyn School painter who painted scenes of working class Cornish fishermen, farmers and miners and Cornish landscapes. He was born in Penzance and trained at the Penzance School of Arts under Norman Garstin and later at the Académie Julian, in Paris. He settled in Newlyn with fellow-artist Gertrude Bodinnar.

His early genre paintings of rustic and marine life gradually gave way to more sophisticated subject matter - he was noted for his sumptuous interiors and more decorative style of painting. He was an Associate of the Royal Cambrian Academy of Art, Conwy, and a member of the Newlyn Society of Artists, particularly with artists from the Lamorna Valley. In 1920 Harvey, along with his best friend Ernest Procter, established the Harvey-Procter School in Newlyn, Cornwall.

In Harvey's final years he displayed all the abilities he had developed, and the wide range of his subject matter which included interiors, portraits, landscapes, religious themes, and the industrial landscape of Cornwall. Fête champêtre shows the Whit Monday Newlyn Gala in the grounds of Trereife House, when villagers processed with the banner designed by Frank Bramley and John Mackenzie, and two brass bands.