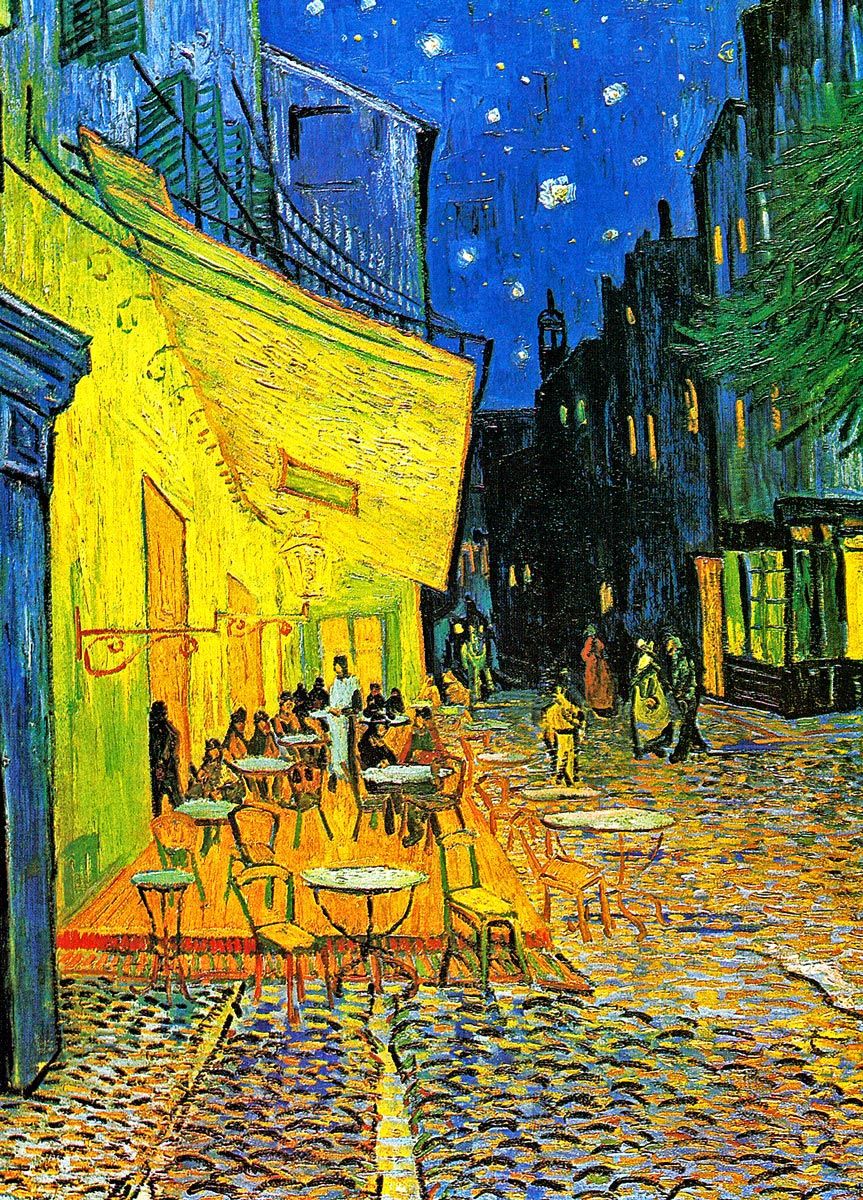 Vincent van Gogh (1853-1890) was a Dutch post-impressionist painter who is among the most famous and influential figures in the history of Western art. In just over a decade, he created over 2000 artworks, including around 860 oil paintings, most of which date from the last two years of his life. His early works, mostly still lifes and depictions of peasant labourers, contain few signs of the vivid colour that distinguished his later work.

In 1886, he moved to Paris, where he met members of the avant-garde, including Émile Bernard and Paul Gauguin, who were reacting against the Impressionist sensibility. As his work developed he created a new approach to still lifes and local landscapes. His paintings grew brighter in colour as he developed a style that became fully realised during his stay in Arles in the south of France in 1888. During this period he broadened his subject matter to include series of olive trees, wheat fields and sunflowers, and are characterised by bold colours and dramatic, impulsive and expressive brushwork that contributed to the foundations of modern art. He was not commercially successful however, and his suicide at 37 came after years of mental illness, depression and poverty.

Café Terrace at Night was painted overlooking the popular Café Terrace at The Place du Forum, in Arles, a quaint village in the South of France. This was one of the first scenes Van Gogh painted during his stay in Arles and the first painting where he used a nocturnal background. Using contrasting colours and tones, Van Gogh achieved a luminous surface that pulses with an interior light, almost in defiance of the darkening sky. The lines of composition all point to the centre of the work drawing the eye along the pavement as if the viewer is strolling the cobblestone streets. The café still exists today and is a mecca for Van Gogh fans visiting the south of France.