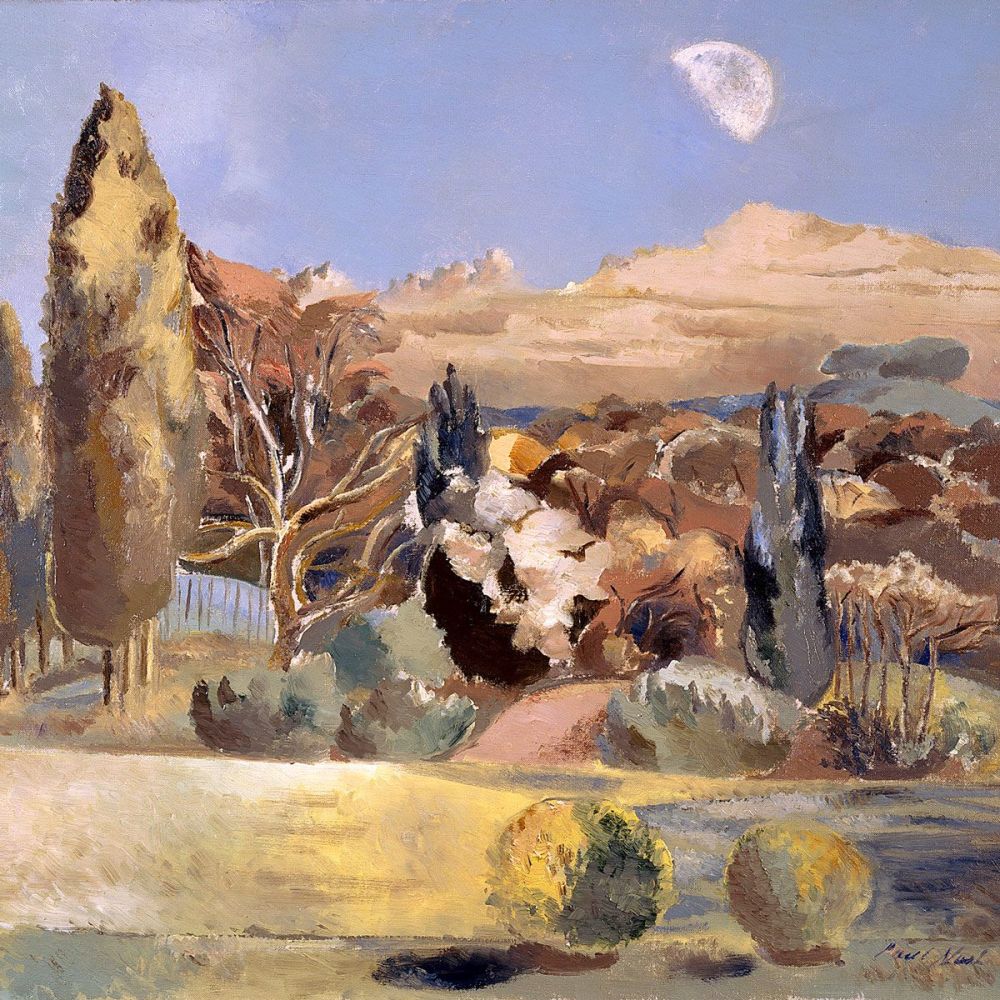 Paul Nash (1889-1946) was a British surrealist painter and war artist, as well as a photographer, writer and designer of applied art. Nash was among the most important landscape artists of the first half of the twentieth century, and he played a key role in the development of Modernism in English art. Born in London, Nash grew up in Buckinghamshire where he developed a love of the landscape. He entered the Slade School of Art but was poor at figure drawing and concentrated on landscape painting. Nash found much inspiration in landscapes with elements of ancient history, such as burial mounds, Iron Age hill forts such as Wittenham Clumps and the standing stones at Avebury in Wiltshire.

The artworks he produced during World War I are among the most iconic images of the conflict. After the war Nash continued to focus on landscape painting, originally in a formalized, decorative style but, throughout the 1930s, in an increasingly abstract and surreal manner. In his paintings he often placed everyday objects into a landscape to give them a new identity and symbolism.

From 1942 onwards, Nash often visited the artist Hilda Harrisson at her home, Sandlands on Boars Hill near Oxford, to convalesce after bouts of illness. From the garden at Sandlands, Nash had a view of the Wittenham Clumps, a well-known and loved local landmark consisting of a pair of wooded chalk hills rising above the flat landscape of South Oxfordshire. Nash had first visited them as a child and had painted both before World War I and again, as a background, in 1934 and 1935. He now painted a series of imaginative works of the Clumps under different aspects of the Moon. Paintings such as Landscape of the Vernal Equinox and Landscape of the Moon's Last Phase show a mystical landscape rich in the symbolism of the changing seasons and of death and rebirth.