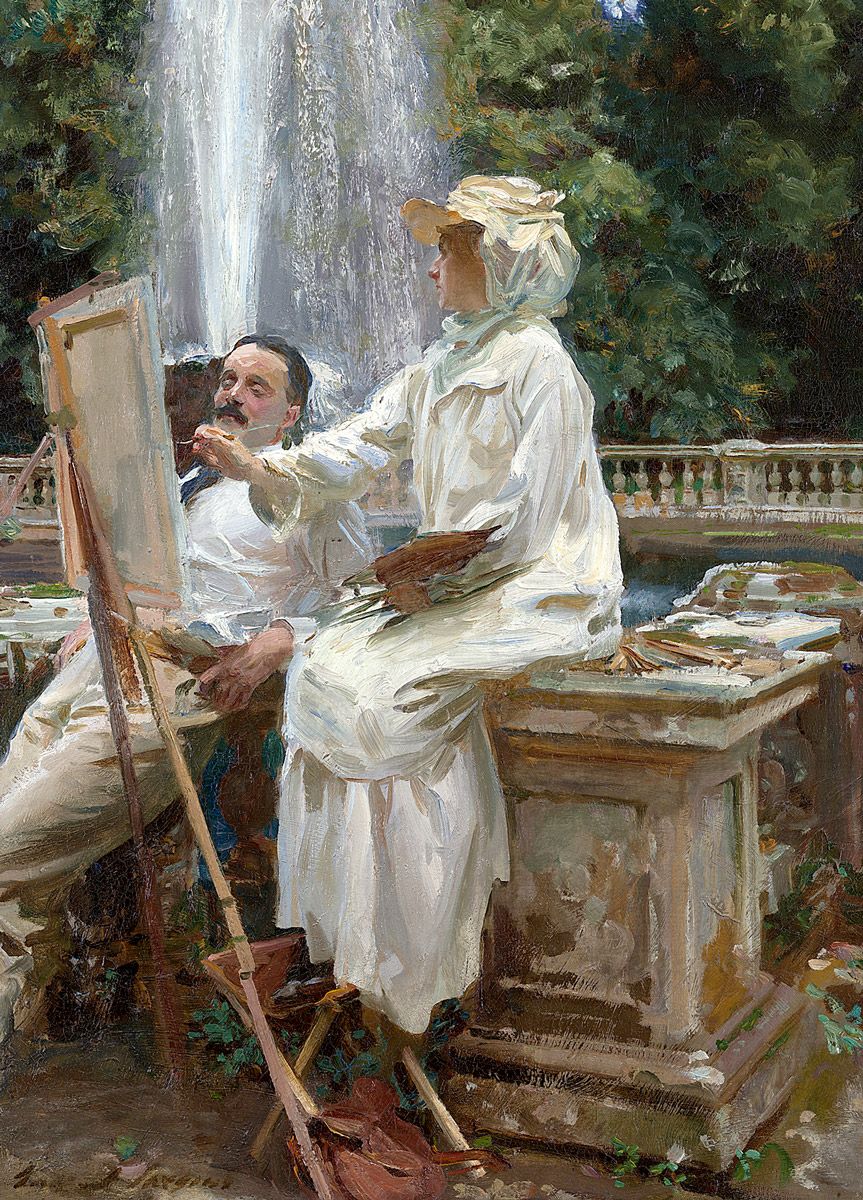 courtesy of Art Institute of Chicago

John Singer Sargent (1856-1925) was born in Florence to American parents, and trained in Paris before moving to London, living most of his life in Europe. He enjoyed international acclaim as a portrait painter. From the beginning, his work is characterized by remarkable technical facility, particularly in his ability to draw with a brush, which in later years inspired admiration as well as criticism for a supposed superficiality. His commissioned works were consistent with the grand manner of portraiture, while his informal studies and landscape paintings displayed a familiarity with Impressionism. In later life Sargent expressed ambivalence about the restrictions of formal portrait work, and devoted much of his energy to mural painting and working en plein air.

Sargent spent the autumn months of 1885 and 1886 at Broadway in the Cotswolds, with a group of Anglo-American artists and writers, including Frank Millet, Edwin Austin Abbey and Alfred Parsons. He produced a significant corpus of open-air studies painted in the English countryside - landscapes, figure studies, river scenes, and still lifes. It was at Broadway that he painted his major English subject-picture, Carnation, Lily, Lily, Rose, which was an astonishing success at the Royal Academy in 1887 and was acquired for the nation under the terms of the Chantrey Bequest.

The year 1907 was a turning point for the artist, as he daringly stepped away from his successful career as a portraitist in favour of plein air painting. The Fountain, a strong and lively work aptly captures that moment of transition, combining landscape and portraiture in a composition that speaks to friendship and painterly pursuits while also celebrating colour, surface, and fleeting effects of light and movement. The couple is Wilfrid and Jane Emmet de Glehn, professional artists and Sargent’s frequent traveling companions. Although The Fountain has the appearance of spontaneity, Sargent was frequently interrupted by rain as he worked. He thus completed it over several days, requiring his friends to pose at length.