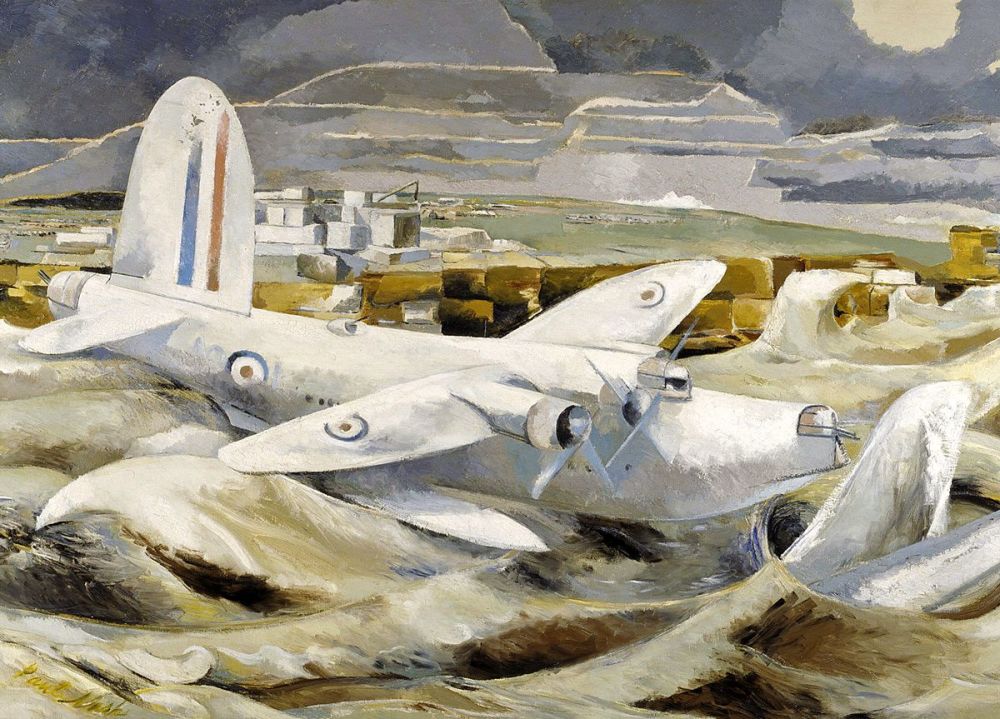 Paul Nash (1889-1946) was a British surrealist painter and war artist, as well as a photographer, writer and designer of applied art. Nash was among the most important landscape artists of the first half of the twentieth century, and he played a key role in the development of Modernism in English art.

Born in London, Nash grew up in Buckinghamshire where he developed a love of the landscape. He entered the Slade School of Art but was poor at figure drawing and concentrated on landscape painting. Nash found much inspiration in landscapes with elements of ancient history, such as burial mounds, Iron Age hill forts such as Wittenham Clumps and the standing stones at Avebury in Wiltshire. The artworks he produced during World War I are among the most iconic images of the conflict. After the war Nash continued to focus on landscape painting, originally in a formalized, decorative style but, throughout the 1930s, in an increasingly abstract and surreal manner. In his paintings he often placed everyday objects into a landscape to give them a new identity and symbolism.

Defence of Albion shows a Sunderland flying boat on a stormy sea off the coast of Portland, with part of a U Boat visible in front of the plane. Large quarried stones are stacked on the shore. Nash received a commission from the Ministry of Information to paint a picture on the subject of Coastal Command in November 1941. Defence of Albion, an archaic name for Great Britain, is a synthesis representing the operations of Coastal Command, and Nash has conceived the Sunderland flying boat as a symbol of defensive attack. But he has regarded it in two ways: as a powerful and beautiful machine and an aerial creature whose personality suggests something more than mechanical character - something essentially animal and, in a sense, human. Certain features are exaggerated, more particularly the tail fin. The action, representing the sinking of a U-boat by bombing, takes place off the coast of Portland, where the rocks are like Cyclopean walls and the white Portland stone is quarried to rebuild what the Luftwaffe have tried to destroy of Albion.