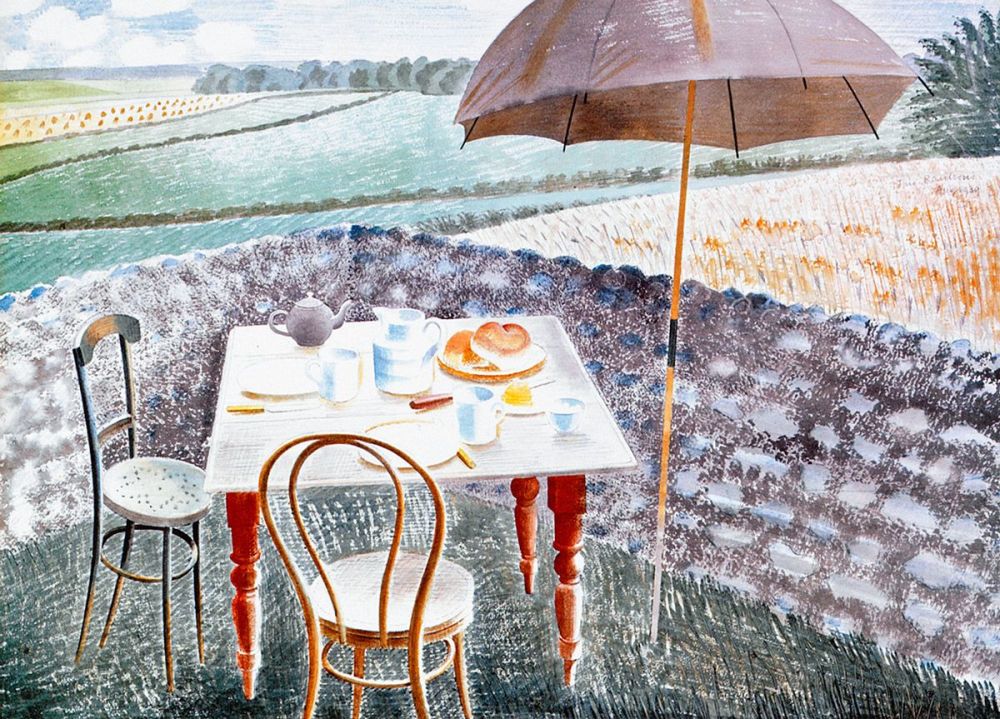 Tea at Furlongs depicts a corner of Peggy Angus’ flint-knapped walled garden in Firle, Sussex, which was something of a rural retreat for a number of like-minded artists including Peggy herself, Eric and Tirzah Ravilious, John Piper and many others. Eric’s time at Furlongs influenced him intensely, and he produced a great many of his best known paintings during his stays here.