Eric Gill: In the Beginning 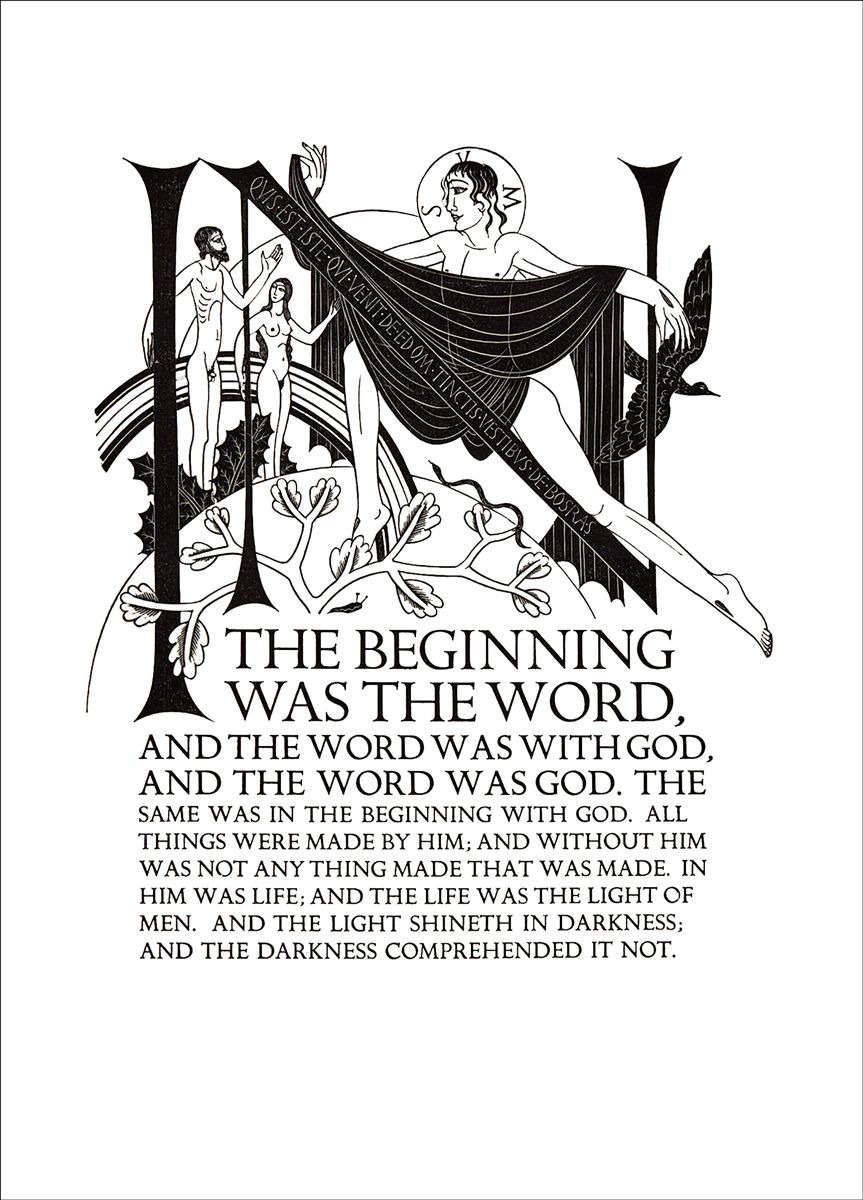 from The Four Gospels, published by the Golden Cockerel Press, 1931

In 1924 he moved to Capel-y-ffin in Wales, where he set up a new workshop, and in 1925 he designed the Perpetua typeface, with the uppercase based upon monumental Roman inscriptions. This was followed by the Gill Sans typeface in 1927-30, based on the sans serif lettering originally designed for the London Underground. He published numerous essays on the relationship between art and religion, and also produced a number of erotic engravings. Gill was one of the most respected artists of the 20th Century. His statue Prospero and Ariel adorns the BBC's Broadcasting House and the Creation of Adam is in the lobby of the Palais des Nations, now the European HQ of the United Nations in Geneva.

The Four Gospels of the Lord Jesus Christ is a particularly striking example of the work of the Private Press Movement, which William Morris brought to prominence at the Kelmscott Press in the 1890s with the aim of raising the standard of printing and book production to the highest levels. It is Eric Gill's finest book and a modern masterpiece of typography, illustration and book production in which Gill designed both the typeface and the wood-engraved initials.