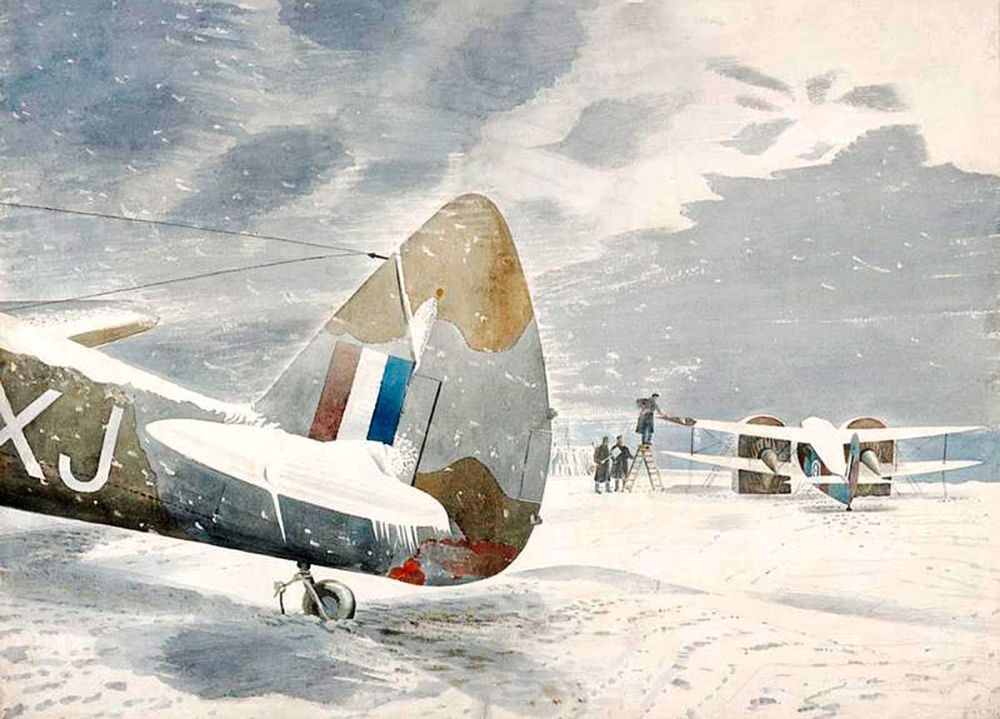 In this painting ground crew clear snow and ice off a DH Dragon Rapide standing on a runway. The de Havilland DH.89 Dragon Rapide is a 1930s short-haul biplane airliner developed and produced by British aircraft company de Havilland. Capable of accommodating 6–8 passengers, it proved an economical and durable craft, despite its relatively primitive plywood construction. Upon the outbreak of the World War II, many of the civil Rapides were impressed into service with the RAF and Royal Navy. Referred to in military service by the name de Havilland Dominie, the type was employed for radio and navigation training, passenger transport and communications missions.