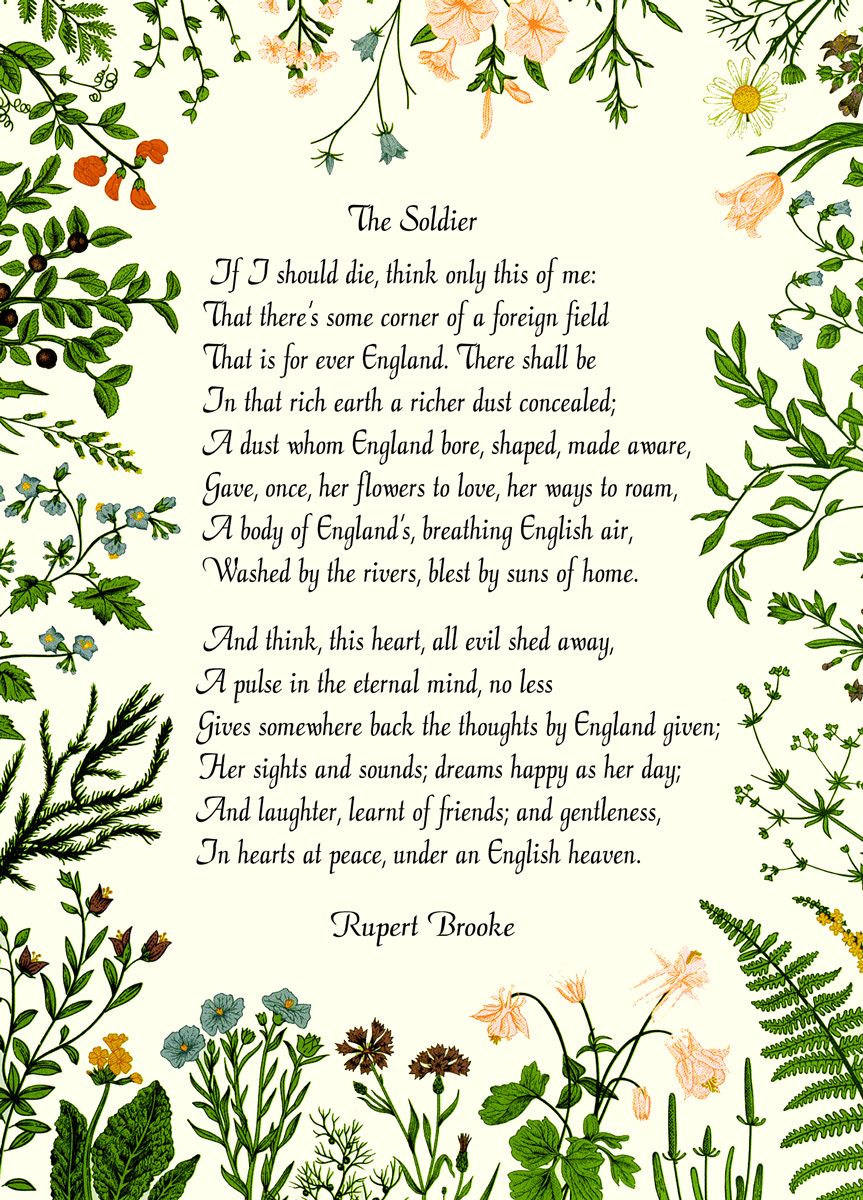 After enlisting at the outbreak of war in August 1914, Brooke came to public attention as a war poet early the following year, when The Times Literary Supplement published two of his sonnets : The Dead and The Soldier, the latter was then read from the pulpit of St Paul's Cathedral on Easter Sunday. Brooke's most famous collection of poetry, 1914 & Other Poems, was first published in May 1915 and, in testament to his popularity, ran to 11 further impressions that year and by June 1918 had reached its 24th impression.

Brooke's accomplished poetry gained many enthusiasts and followers, and he was taken up by Edward Marsh, who brought him to the attention of Winston Churchill, then First Lord of the Admiralty. Brooke was commissioned into the Royal Naval Volunteer Reserve as a temporary sub-lieutenant shortly after his 27th birthday and took part in the Royal Naval Division's Antwerp expedition in October 1914.

Brooke sailed with the British Mediterranean Expeditionary Force on 28 February 1915 but developed pneumococcal sepsis from an infected mosquito bite. He was treated on the French hospital ship Duguay-Trouin, moored in a bay off the Greek island of Skyros in the Aegean Sea, while on his way to the landings at Gallipoli, but he died of septicaemia on 23rd April 1915.