Eric Ravilious: The James and The Foremost Prince, 1934 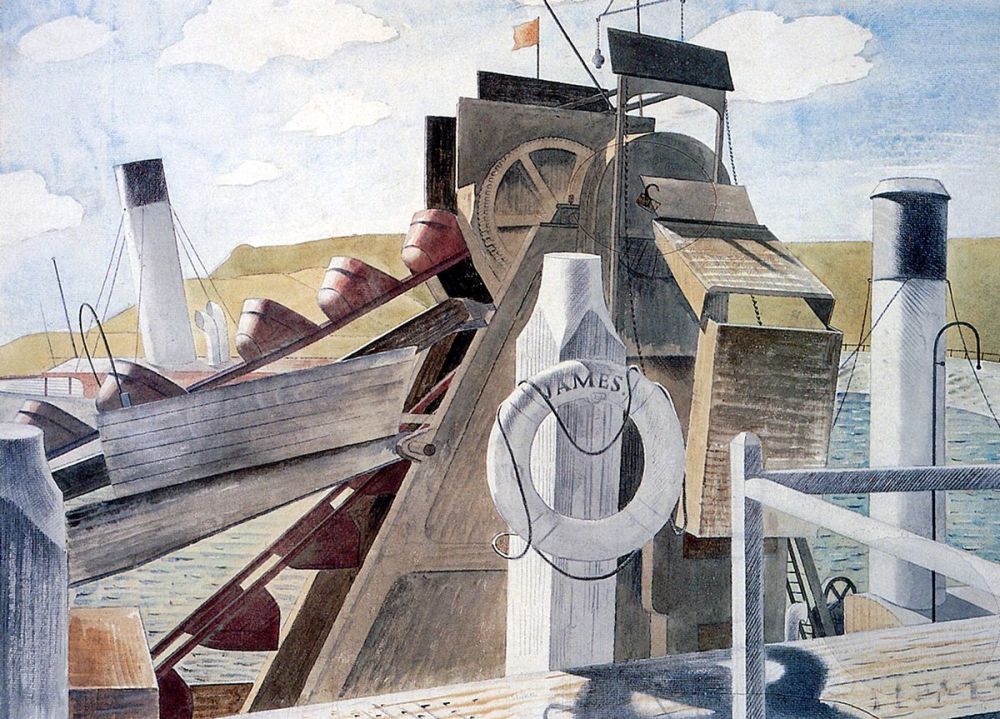 The James and the Foremost Prince depicts a tug and dredgers at Newhaven harbour in Sussex.