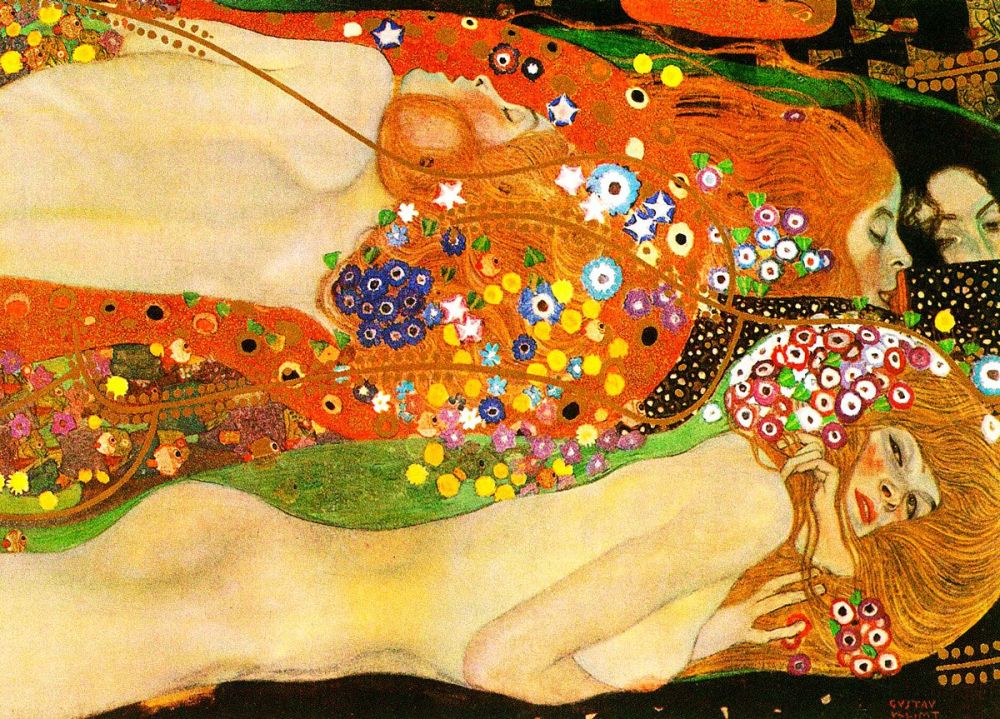 Water Serpents II, also referred to as Wasserschlangen II, is the follow-up painting to the earlier work Water Serpents I. Like the first painting, Water Serpents II deals with the sensuality of women's bodies and same-sex relationships. The painting has a rich history, and was stolen by the Nazis during World War 11. It is amongst the most expensive works by Klimt to sell at auction.