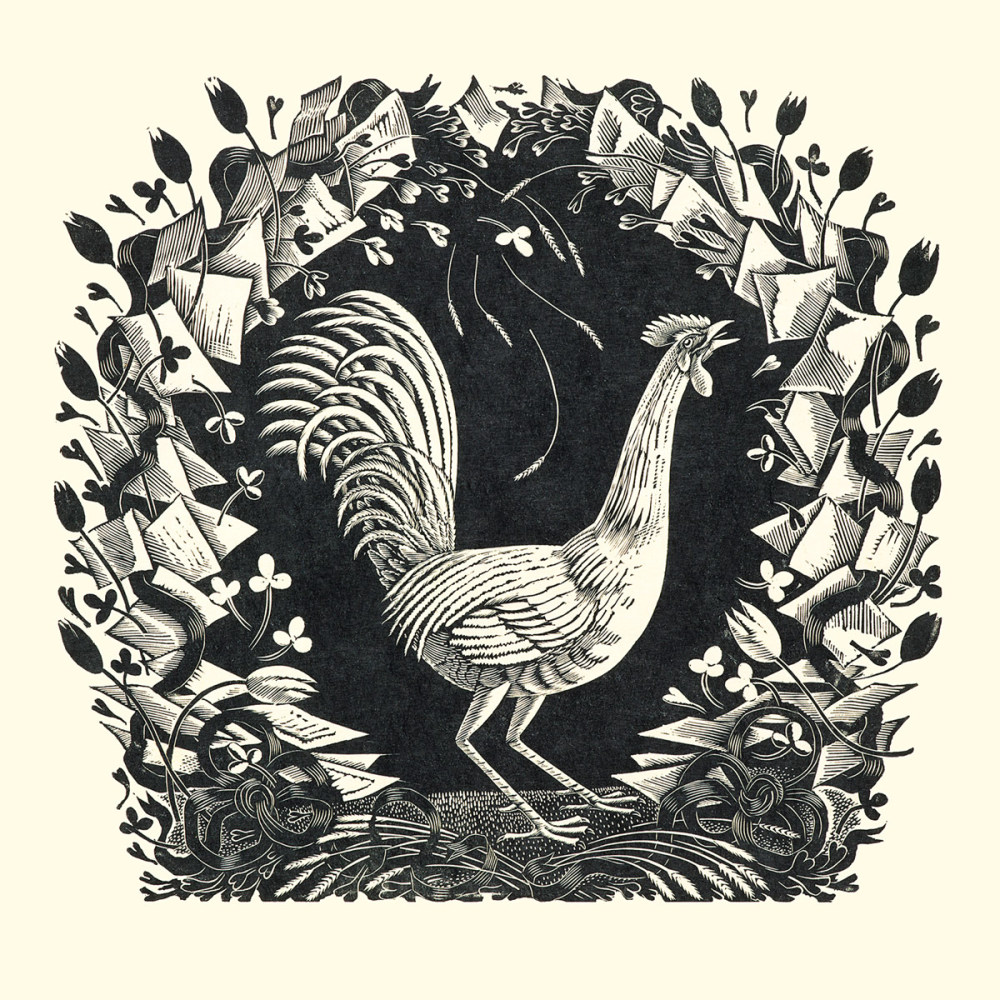 As well as woodcuts, he engraved more than four hundred illustrations and drew over forty lithographic designs for books and publications during his lifetime. In 1936 he was invited by Wedgwood to make designs for ceramics, many of which were used on commemorative mugs for the coronations of Edward V111, later revised for the coronation of George V1, and again reworked for Elizabeth 11 in 1953.  He also undertook glass designs for Stuart Crystal, graphic advertisements for London Transport and furniture work for Dunbar Hay. This wood engraving, Cockerel, was designed by Ravilious in 1931 for the cover of the Golden Cockerel Press Spring List. He was appointed as an official war artist in December 1939, and was given the rank of Honorary Captain in the Royal Marines and assigned to the Admiralty. He died, at the age of 39, when the aircraft he was on was lost off Iceland in 1942.