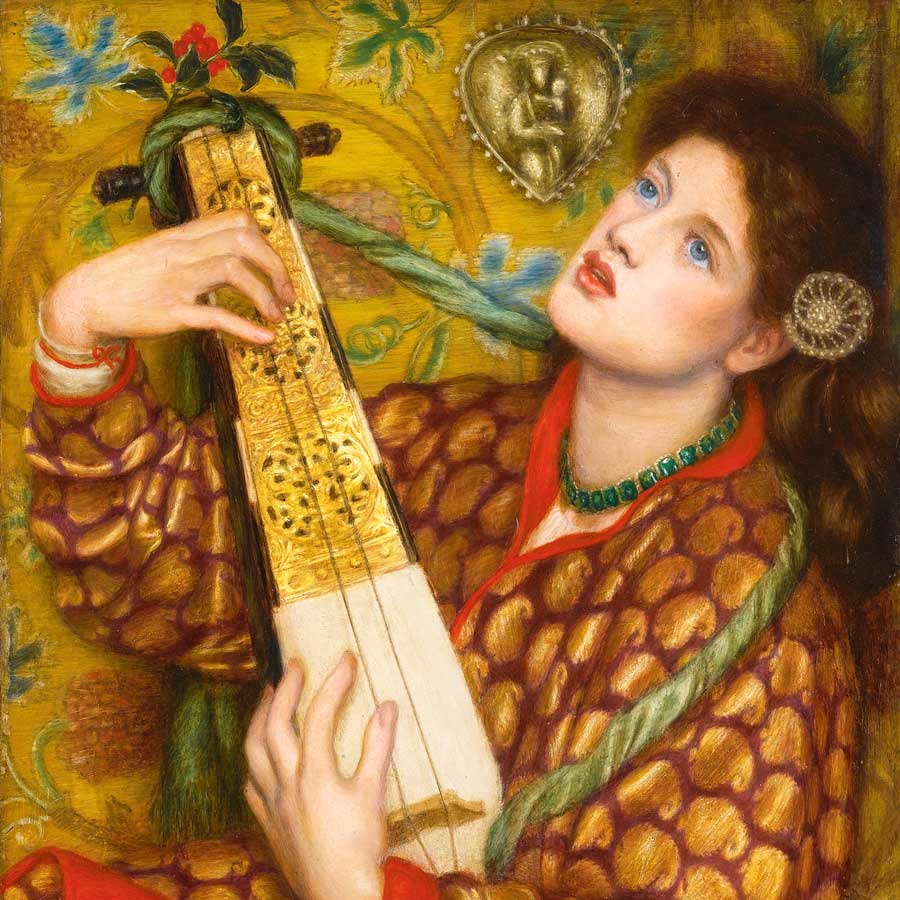 He founded the Pre-Raphaelite Brotherhood in 1848 with William Holman Hunt and John Everett Millais, and was later to be the main inspiration for a second generation of artists and writers influenced by the movement, most notably William Morris and Edward Burne-Jones. Rossetti's art was characterised by its sensuality and its medieval revivalism.

A Christmas Carol was one of Rossetti’s last works to be painted using Ellen Smith as the model, discovered by him four years earlier. It is unusual among his many paintings of women playing musical instruments in that it has a sacred rather than a secular theme, underlined by the silver heart-shaped icon of the Madonna and Child hanging against the tapestry background.  But it shares the same rich colour and patterning, and the same shallow space, as many of his other half-length images of women of the 1860s. The inscription on the bottom rail of the frame reads: “here a maid, well-apparelled, shall sing a song of Christ’s birth with the tune of Bullulalow: Jesus Christus hodie Natus est de Virgine”.