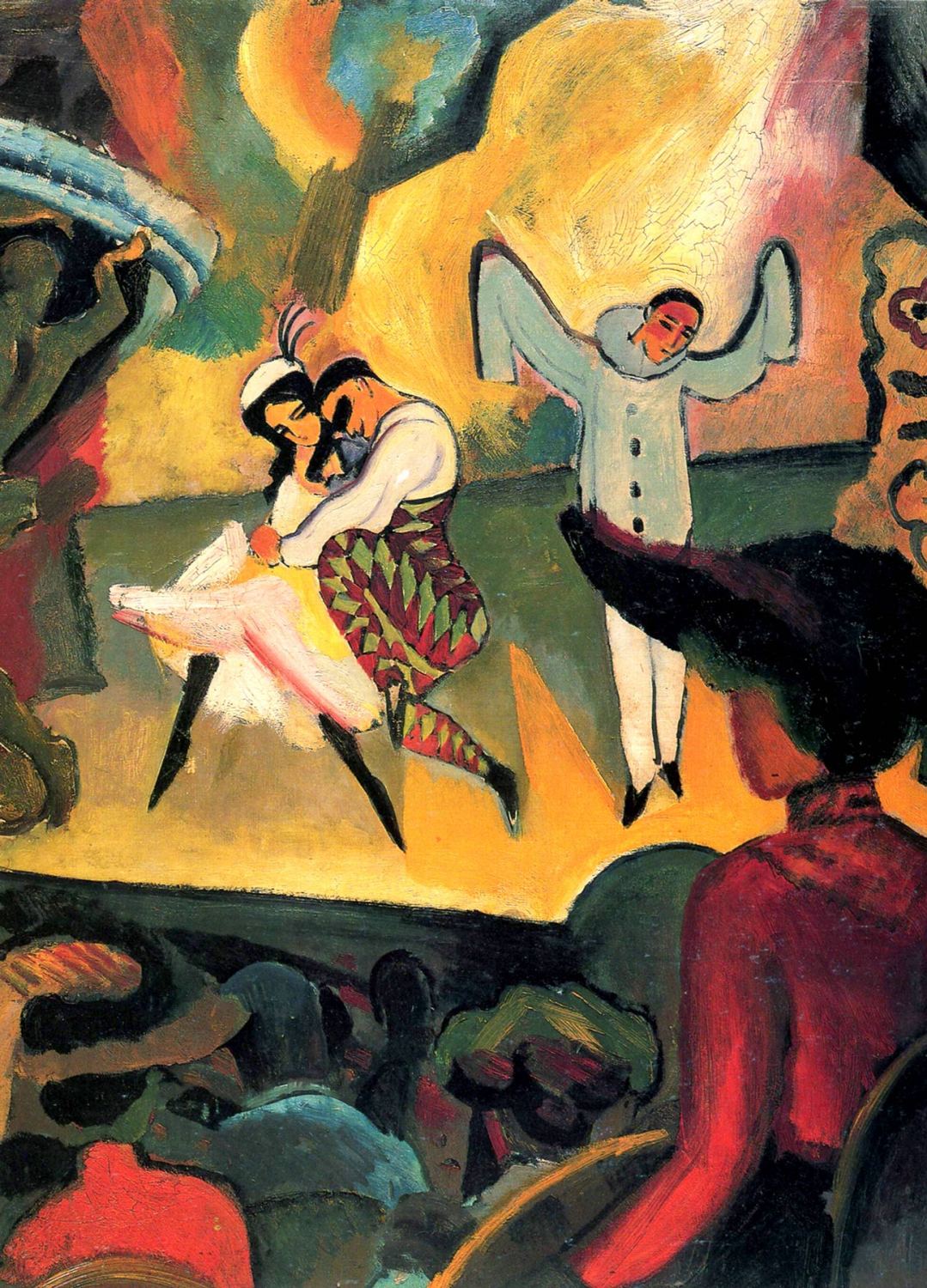 August Macke (1887-1914) is regarded as one of the most important artists of the Classic Modern era and is one of the most popular German artists of the 20th century. He lived during a particularly innovative time for German art: he saw the development of the main German Expressionist movements as well as the arrival of the successive avant-garde movements which were forming in the rest of Europe. Like a true artist of his time, Macke knew how to integrate into his painting the elements of the avant-garde which most interested him. His paintings concentrate primarily on expressing emotion, his style of work represents feelings and moods rather than reproducing objective reality, usually distorting colour and form. Macke's career was cut short by his early death at the front in Champagne in September 1914, the second month of World War One.

The Ballets Russes was an itinerant ballet company based in Paris that performed between 1909 and 1929 throughout Europe and on tours to North and South America. The company never performed in Russia, where the Revolution disrupted society. After its initial Paris season, the company had no formal ties there

Originally conceived by impresario Sergei Diaghilev, the Ballets Russes is widely regarded as the most influential ballet company of the 20th century, in part because it promoted ground-breaking artistic collaborations among young choreographers, composers, designers, and dancers, all at the forefront of their several fields. Diaghilev commissioned works from composers such as Igor Stravinsky and Claude Debussy, and artists such as Léon Bakst, Pablo Picasso, and Henri Matisse, and designer Coco Chanel.

The company's productions created a huge sensation, completely reinvigorating the art of performing dance, bringing many visual artists to public attention, and significantly affecting the course of musical composition. It also introduced European and American audiences to tales, music and design motifs drawn from Russian folklore. The influence of the Ballets Russes lasts to the present day.