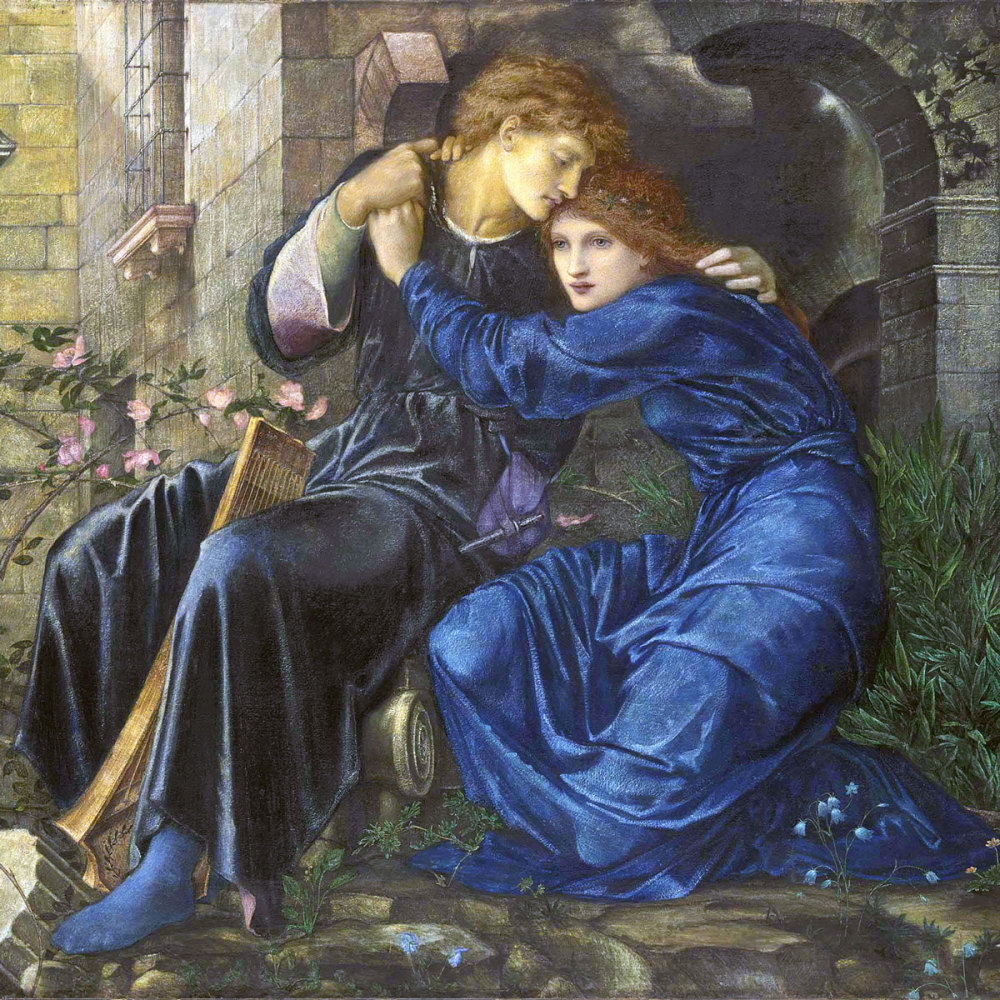 Edward Burne-Jones (1833-1898) is considered the most important and accomplished painter of the Pre-Raphaelite movement. He didn't have any formal academic art training and consequently developed his own very distinctive approach, using medieval models as his template but invigorating them with a completely fresh and modern look. His subjects were drawn from a wide range of legends, myths, and spiritual stories; he greatly admired the early Italian Renaissance painters like Botticelli, da Vinci, and Michaelangelo, from whose work he took a great deal of inspiration.

Love Among the Ruins was painted between 1870 and 1873 at a time when Burne-Jones was bridging the romantic strand of Pre-Raphaelitism with the new art movements of Aestheticism and Symbolism. The watercolour is based loosely on a poem by Robert Browning of the same title, but refers more to the artist’s own doomed romance with his model and muse, Maria Zambaco who he met in 1866 when her mother, one of the wealthy Greek Ionides family, had him paint her portrait. It was to be the first of many works for which Zambaco was the model.

Burne-Jones painted a second version of this work in 1894, this time in oils as the original watercolour had been damaged whilst on loan to an exhibition in Paris and thought to be beyond repair. However in 1898, only a matter of weeks before his death, and some five years after the damage occurred, the picture was successfully restored, with Burne-Jones repainting the girl's head matching it perfectly to it's surroundings.