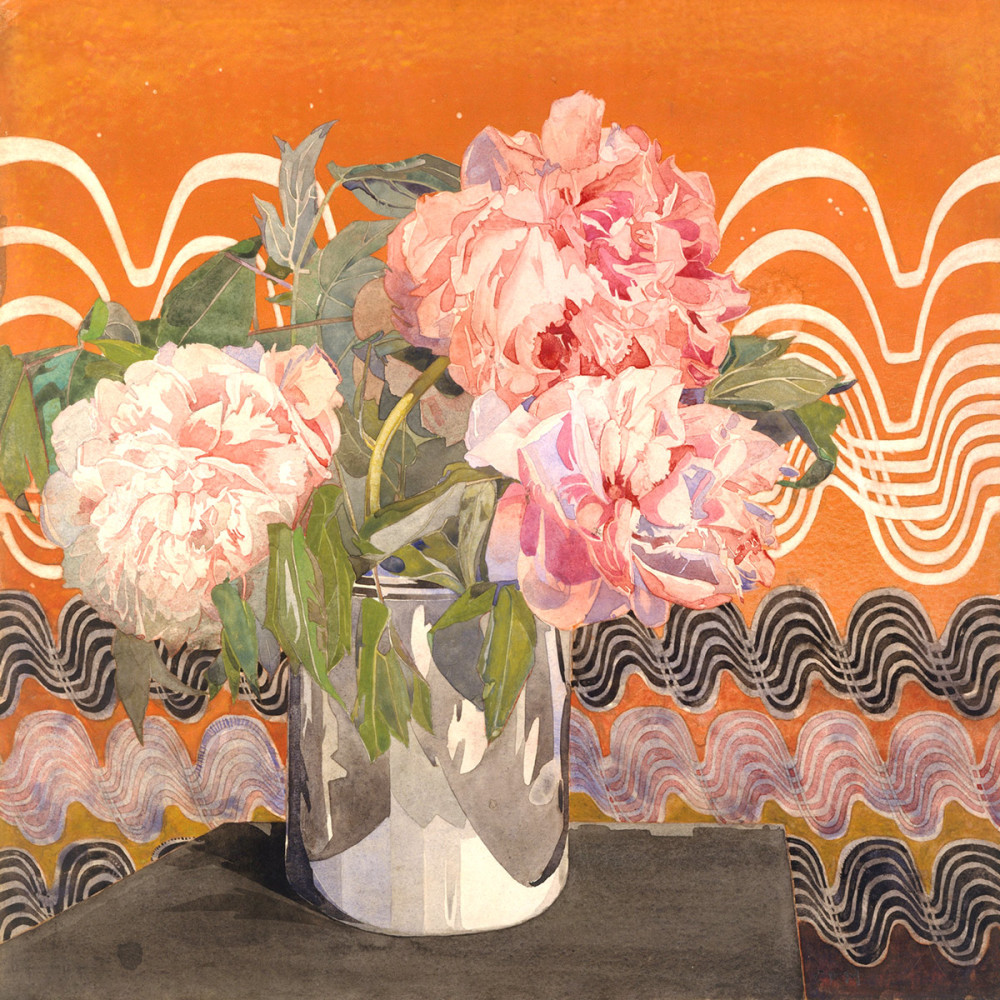 While a young architectural apprentice, Charles Rennie Mackintosh, the son of a Glasgow policeman, attended evening classes at the Glasgow School of Art, where he met Herbert MacNair, Frances Macdonald, and her sister Margaret Macdonald (who would later become Mackintosh's wife). Together they formed "The Four," producing watercolours, poster designs, and small decorative objects that were published in The Studio. In 1889 Mackintosh was hired as a draftsman at the architectural firm of Honeyman and Keppie, where he would remain until 1914. It was there that he developed a unique design idiom based on the forms and materials of traditional Scottish architecture. Mackintosh undertook all aspects of a design commission, providing every element, from an architectural setting to small decorative objects and textiles. His best-known commissions include a building for the Glasgow School of Art (built in two phases, 1897-99 and 1907-09) and Hill House (1902-04), the Walter Blackie residence in the Glasgow suburb of Helensburgh.

Mackintosh left Glasgow in 1914, and by 1920 he had completely abandoned his architectural career. He increasingly turned to watercolour, a medium he continued to explore until his death. By the time he painted Peonies he was living in London, where, although his work had never been fully appreciated by the English, he was attempting to re-establish his career. This is one of a group of eight still lifes of flowers he painted and sent to exhibitions in the hope of supplementing his meager income. Although it did not find a buyer until some time after his death, it reveals him as a superb watercolourist.