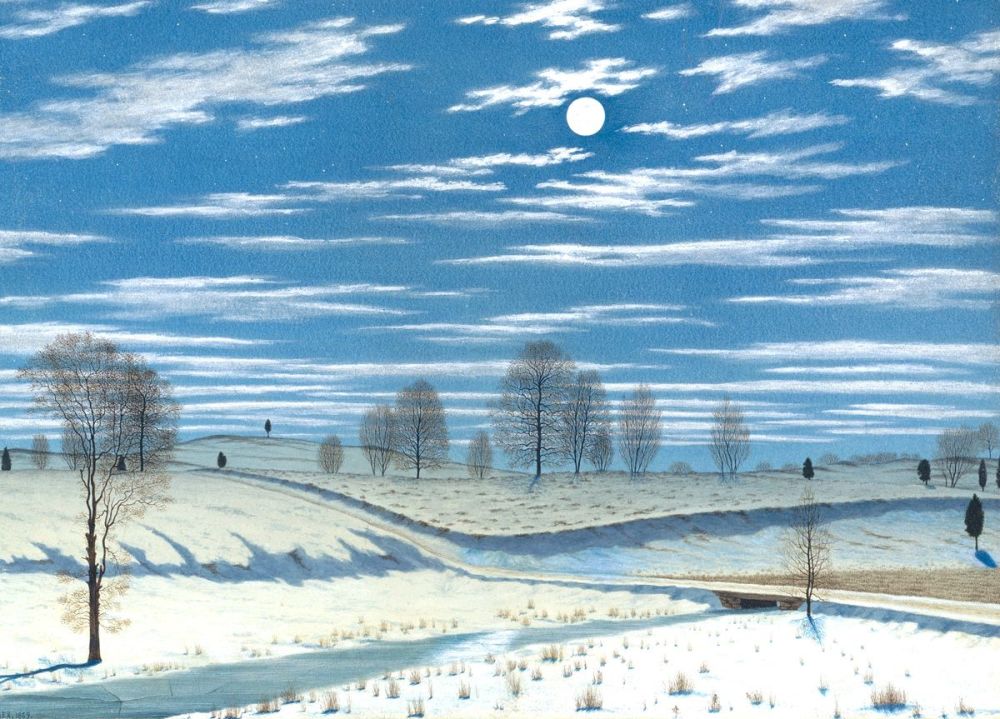 courtesy of The Metropolitan Museum of Art, New York

English-born Henry Farrer (1844-1903) was the brother of Thomas C. Farrer, the principal founder of the Society for the Advancement of Truth in Art, which represented the Pre-Raphaelite movement in America. Unlike his brother, who studied drawing with John Ruskin in London, Henry was probably self-taught, beginning in the early 1860s to produce painstakingly wrought still lifes and landscapes in watercolour. He exhibited them regularly at the American Watercolour Society, which he helped to found.

Winter Scene in Moonlight, Farrer's earliest known watercolour landscape, probably represents a site in Brooklyn, where he lived most of his life. The picture's prosaic terrain and precise technique reveal the young artist's early adherence to Pre-Raphaelite ideals, while its faint primitivism betrays the earnest autodidact that he was. Because of that quality, as well as its chill nocturnal setting and subtle asymmetry of composition, the image anticipates the disturbing tenor of twentieth-century Surrealist landscapes.