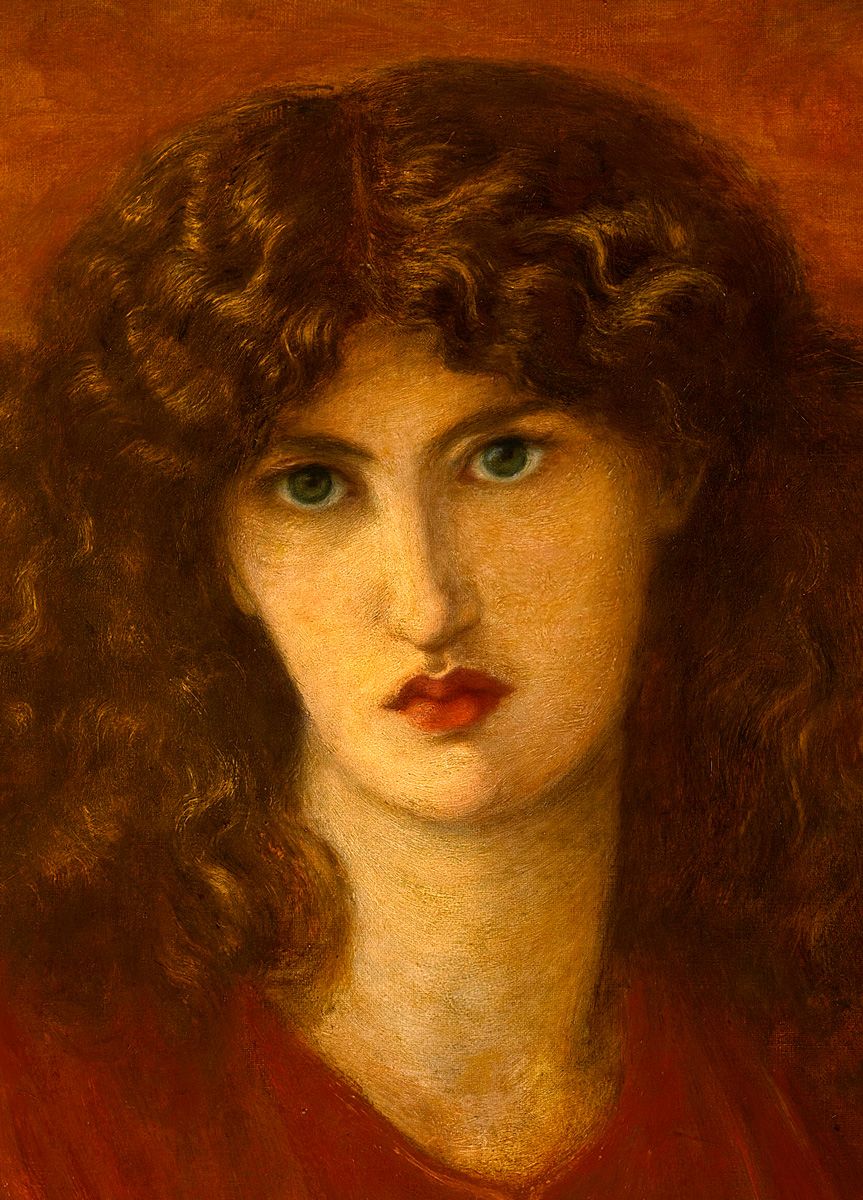 Rossetti was an English poet, illustrator, painter and translator. For many years, he worked on English translations of Italian poetry, and later created a method of painting in watercolours using thick pigments mixed with gum to give rich effects similar to medieval illuminations. He also developed a novel drawing technique in pen-and-ink. He founded the Pre-Raphaelite Brotherhood in 1848 with William Holman Hunt and John Everett Millais, and was later to be the main inspiration for a second generation of artists and writers influenced by the movement, most notably William Morris and Edward Burne-Jones. Rossetti's art was characterised by its sensuality and its medieval revivalism.

Painted in 1871, Pandora was among Rossetti's first paintings of the dark brooding beauty of Jane Morris (née Burden), the woman described as possessing 'a face created to fire his imagination, and quicken his powers - a face of arcane and inexpressible meaning.' Although they were mutually attracted, Rossetti was already engaged to Lizzie Siddal and therefore not free to pursue a romantic relationship with Jane Burden. In 1859 Jane married Rossetti's friend William Morris, and after a long engagement Rossetti and Lizzie Siddal were married in 1860. But in February 1862 she died from an overdose of laudanum. As a widower Rossetti was now free to pursue a romantic attachment to Mrs Morris.

She was undoubtedly flattered by Rossetti’s attention and agreed to be his muse following Lizzie’s death. Her remarkable beauty was to be the catalyst for a new type of woman in his art, soulful, enigmatic and other-worldly. Through his art, Rossetti courted her and worshipped her, and he painted her as medieval queens and classical goddesses. Her sultry features graced his portraits of the beautiful women of poetry, theatre, and ancient mythology. Seen in biographical terms, these stunning pictures chart the course of the painter's longing for Jane's love and affection... she appeared as the spirit of desire denied.