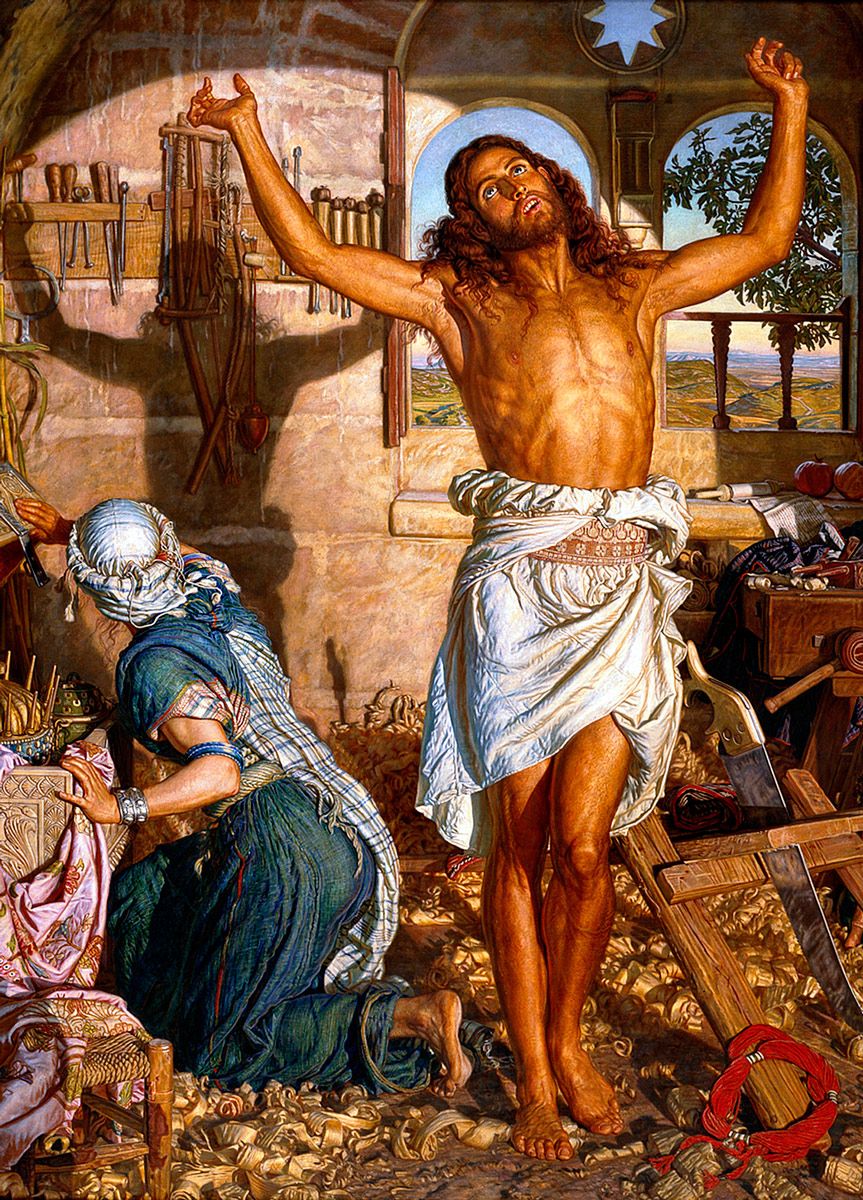 William Holman Hunt (1827-1910) was one of the founders of the Pre-Raphaelite Brotherhood. His paintings were notable for their great attention to detail, vivid colour, and elaborate symbolism. It was for his religious paintings that Hunt became famous, initially The Light of the World, now in the chapel at Keble College, Oxford, and a later version now in St Paul's Cathedral, London. In the mid-1850s Hunt travelled to the Holy Land in search of accurate topographical and ethnographical material for further religious works. There he painted The Scapegoat, and The Finding of the Saviour in the Temple, along with many landscapes of the region.

Hunt worked on The Shadow of Death from 1870 to 1873, during his second trip to the Holy Land. It depicts Jesus as a young man prior to his ministry, working as a carpenter. He is shown stretching his arms after sawing wood. The shadow of his outstretched arms falls on a wooden spar on which carpentry tools hang, creating a "shadow of death" prefiguring the crucifixion. His mother Mary is depicted from behind, gazing up at the shadow, having been looking into a box in which she has kept the gifts given by the Magi.

In 1850 Hunt's colleague John Everett Millais had already portrayed Jesus as a budding carpenter, helping his father as a young boy. Millais' painting, Christ in the House of his Parents, had been viciously attacked by critics because of the alleged squalour of the workshop. Hunt repeats many features of Millais's painting, but emphasises Jesus' physical health and muscularity. Hunt's portrayal of Jesus as a hard-working adult craftsman and labourer was also probably influenced by Thomas Carlyle who repeatedly emphasised the spiritual value of honest labour. Carlyle had strongly criticised Hunt's earlier depiction of Jesus in The Light of the World, identifying it as a "papistical" picture because it showed Jesus in regal clothing.