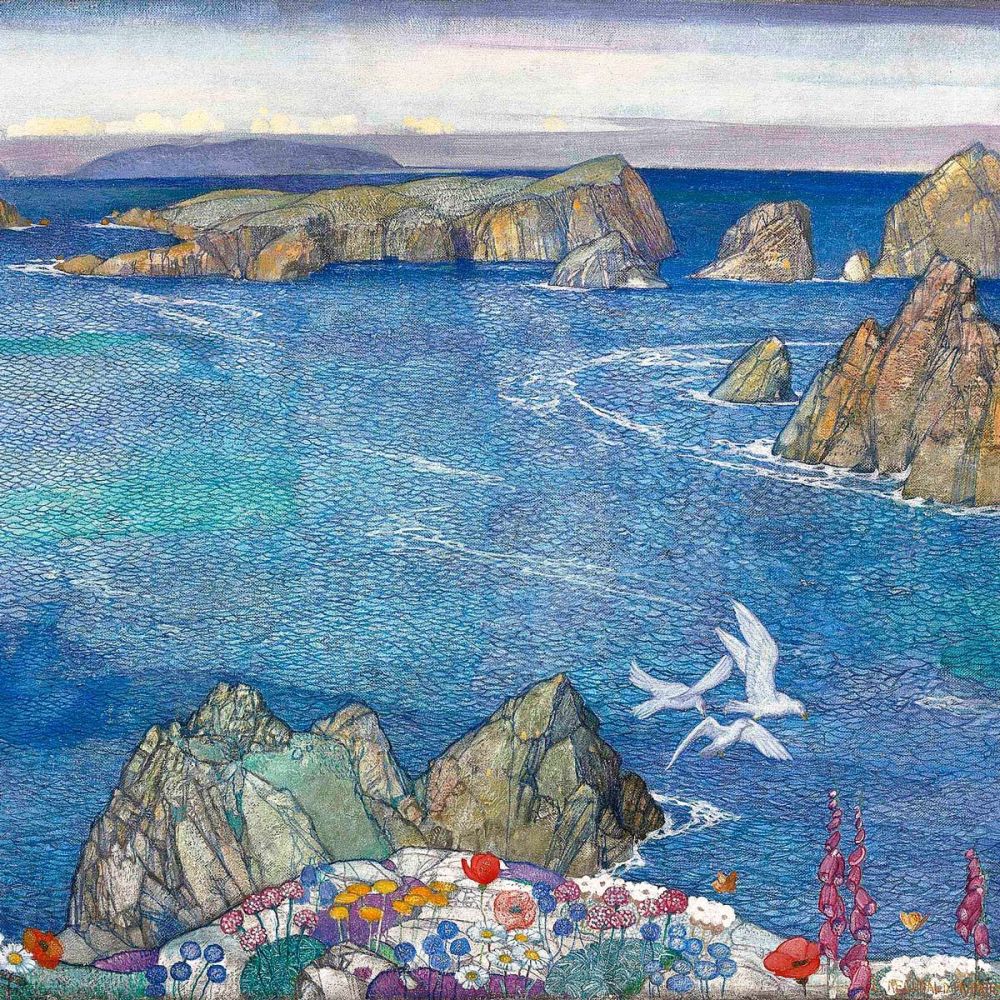 Edward Reginald Frampton (1870-1923) was an English painter who specialized in murals, specifically war memorials at churches. He painted in a flat, stately style, and was influenced by French Symbolism. He also worked in stained glass, most probably learning from his father, Edward Frampton, who was a stained-glass artist. His work usually depicted symbolic subjects and landscapes. Frampton's art is influenced by his early work in stained glass and the Pre-Raphaelites, notably Edward Burne-Jones. His subjects are usually religious or partially religious, and he created many mural paintings, mainly in tempera, for churches. He exhibited at the Royal Academy, the Paris Salon and International Art exhibitions.

Sark is a beautiful example of the landscapes that Frampton painted late in his career, perhaps partly in response to a dwindling demand for the literary figure subjects with which he had made his name. He travelled widely in search of suitable views, finding them in various locations including Sussex, Cumberland, the Channel Islands, and Brittany. Though based on actual scenery, the landscapes are treated in the formalised style that he had adopted for his figure compositions, a style heavily influenced by Burne-Jones and his own early practice as an artist in stained glass. Frampton was a keen sailor, and Sark is one of many paintings in which he expressed his love of the sea.