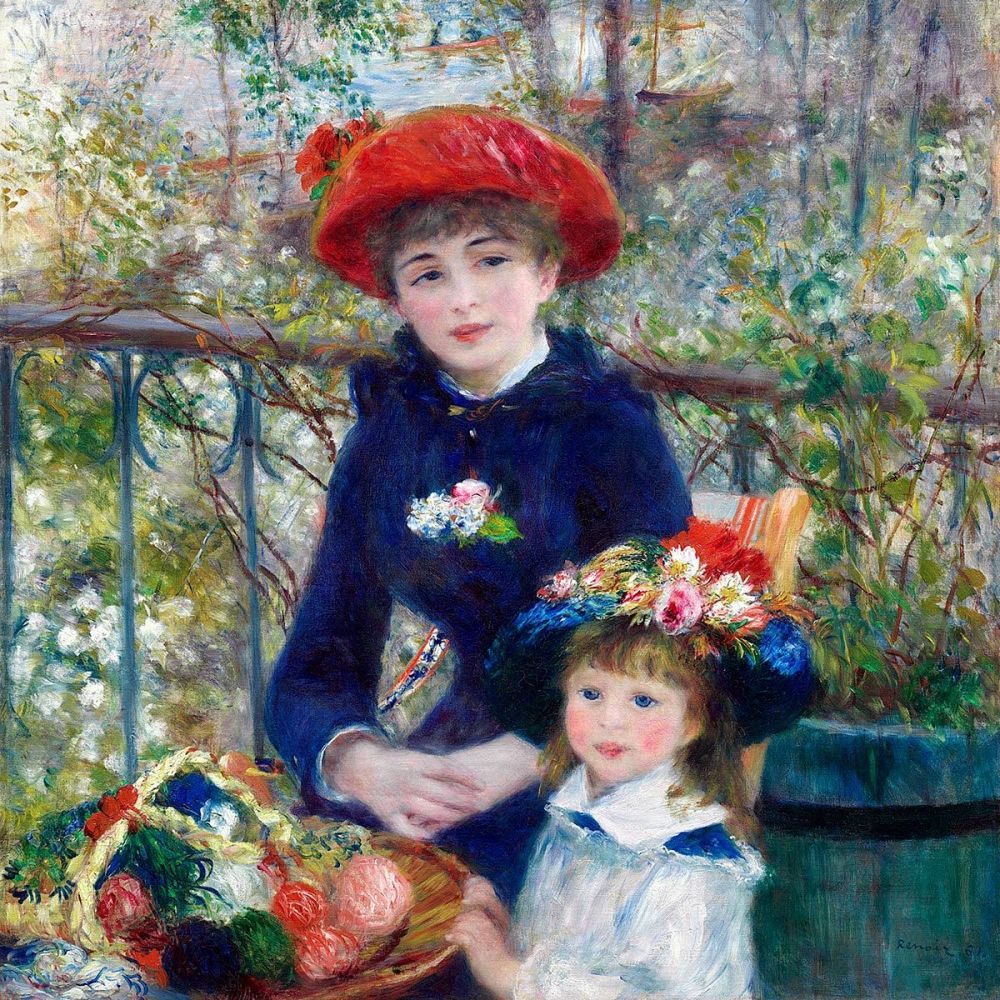 courtesy of The Art Institute of Chicago

Best known for portraiture, figurative work, and his series of voluptuous bathing women, Pierre-Auguste Renoir (1841-1919) was among the first group of French Impressionist painters. Rejecting traditional methods of building paintings with layers of thin glazes, the Impressionists worked spontaneously to capture the fleeting effects of light using bright pigments, large brushstrokes, and thick impasto. By the late 1870s, dissatisfied with the spontaneity of Impressionism, Renoir moved toward a more traditional, less experimental approach. By the 1890s, Renoir’s paintings recall the rich colour of Titian and Rubens and the sensual beauty of 18th-century French art. Renoir was celebrated in the early 20th century as one of the greatest modern French painters.

Two Sisters (On the Terrace) is one of Renoir's most popular paintings. Here he depicted the radiance of lovely young women on a warm and beautiful day. The older girl, wearing the female boater’s blue flannel, is posed in the centre of the evocative landscape backdrop of Chatou, a suburban town where the artist spent much of the spring of 1881. She gazes absently beyond her younger companion, who seems, in a charming visual conceit, to have just dashed into the picture. Technically, the painting is a tour de force: Renoir juxtaposed solid, almost life-size figures against a landscape that - like a stage set - seems a realm of pure vision and fantasy. The sewing basket in the left foreground evokes a palette, holding the bright, pure pigments that the artist mixed, diluted, and altered to create the rest of the painting. Although the girls were not actually sisters, Renoir’s dealer showed the work with this title, along with Acrobats at the Cirque Fernando and others, at the seventh Impressionist exhibition, in 1882.