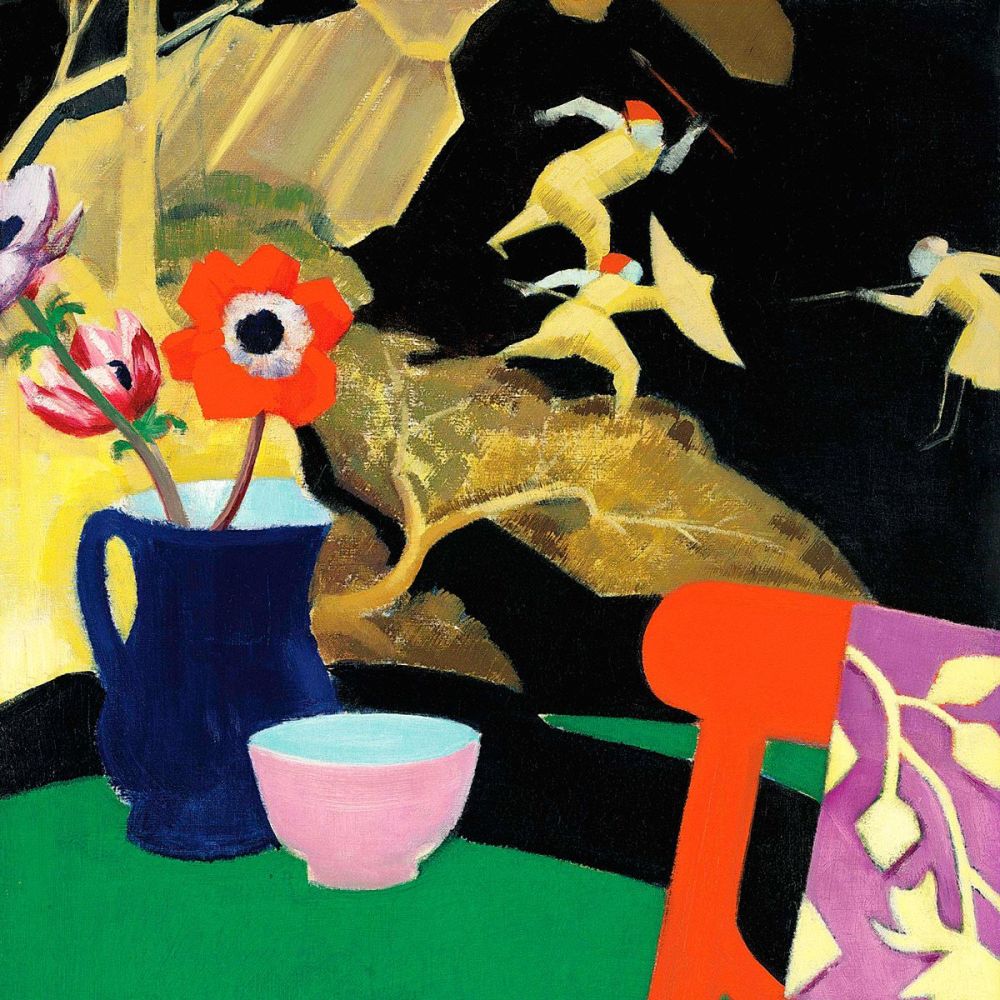 He enjoyed the landscape of Iona enormously, which he first visited in 1912 and features prominently in his work. During the 1920s he spent several summers with Samuel Peploe, another Scottish Colourist, on painting trips to Iona, and was also friends with the Scottish architect Reginald Fairlie.

Cadell and the other Scottish Colourists were influenced by Japanese art and also inspired by Japanese objects. Harmonising bold, flat applications of strong vivid colours with a tightly curated composition and clarity of design, Cadell’s Still Life with Lacquer Screen, exemplifies his elegant and striking interiors painted at his home in Edinburgh.
Cadell’s use of interior objects could have also been influenced by the work of Van Gogh. When Cadell moved to Paris, it was possible that he saw the landmark Van Gogh exhibition that was held in 1901. Cadell’s re-occurring use of the bright red chair, painted to look like red lacquer, can be seen as an emblem of his dandy tastes and style. Similarly, Van Gogh frequently painted his own chair as a portrait of himself albeit with a more modest outcome.